Posted by Moneyrunner at 10:01 AM No comments:

Why the Virginian Pilot hates Americans 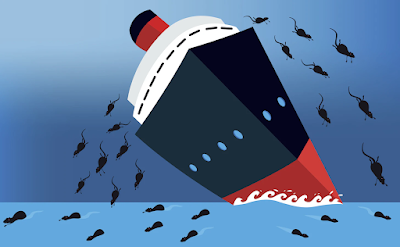 This article explains why the people who work at the Virginian Pilot take out their hate on ordinary Americans.

First, an explanation.  Kris Worrell, Editor in Chief, and Brian Colligan, Opinion Editor of the Virginian Pilot, decided to publish these editorial cartoons that accuse you of being a mindless hater and a stone-cold killer because Fox News feeds you hate.   Freddy DeBoer believes it's "displacement."

Displacement is a psychological defense mechanism in which a person redirects a negative emotion from its original source to a less threatening recipient. A classic example of the defense is displaced aggression.﻿ If a person is angry but cannot direct their anger toward the source without consequences, they might "take out" their anger on a person or thing that poses less of a risk.

The problem is that people working in newspapers are in a dying industry.  They got into the business because it sounded great, and there was no heavy lifting.  They may have student loans that they can't pay off.  Journalism was once a place where you could earn a decent living, now you can't.  As newspapers lose revenue, they look at salaries - usually the biggest line item in any company's cash flow statement and reduce headcount, cut pay, and eliminate benefits.

Newspapers are being combined to cut costs, but in the process, jobs are eliminated.  No one is immune.  The editors and writers who are hanging on to their jobs with their fingernails are going to displace their anger at their situation.  They will turn their anger to less threatening recipients: people who voted for Trump, Glenn Younkin, or people who watch Fox News.

The Virginian Pilot - along with virtually all of the legacy media - are so reflexively Left that virtually every article manages to either insult or mislead ordinary Americans.  An entire parallel media channel has sprung up to serve Americans interested in news and political discourse.

Freddy DeBoer is a writer for Substack, a subscription service for news and opinion.  He asks:

"...why are so many people subscribing to Substacks? What is the traditional media not providing that they’re seeking elsewhere? Why have half a million people signed up as paying subscribers of various Substack newsletters, if the establishment media is providing the diversity of viewpoints that is an absolute market requirement in a country with a vast diversity of opinions? You can try to make an adult determination about that question, to better understand what media is missing, or you can read this and write some shitty joke tweet while your industry burns to the ground around you. It’s your call.

The people in the legacy media see their ship sinking.  They see their future is in doubt.  Several years ago, one suggested that coal miners who were losing their jobs "learn to code."  It was a cruel joke, an exhibition of how they felt about a group of people they looked down on as their inferiors.  As news people lost their jobs, the compliment was returned.

Let me suggest a more practical solution, learn a useful trade.  The world does not need another editor spreading hate and division.  It needs people who can fix a dishwasher or install a light fixture.  Get a real job.

Posted by Moneyrunner at 5:20 PM No comments:

I can't wait to read Konstantin's book. It's only available on Kindle preorder right now in the US: https://t.co/1fa8ILoOHi https://t.co/gkZOmopvb6

Posted by Moneyrunner at 8:21 AM No comments:

This is the Disgusting Virginian Pilot - Sunday May 22, 2022

The Virginian Pilot's Editors hate you, and they don't care who knows it.

Murder is rampant as violent people roam the streets.  Guns are not the problem.  They are not escaping from homes and committing murder.  There are killers on the loose, and people are afraid of them.

Guns are tools.  The killers are people; the Virginian Pilot is a tool in the hands of haters who are willing to lie to achieve their objective.  They inject poison into the veins of the public discourse.  Like killers with guns, the people who wield the Virginian Pilot like a weapon want you dead.

So let's look are the real problem and see who is busy killing the culture.

They are people, and they have names.

Kris Worrell is the Editors in Chief.  kworrell@virginiamedia.com 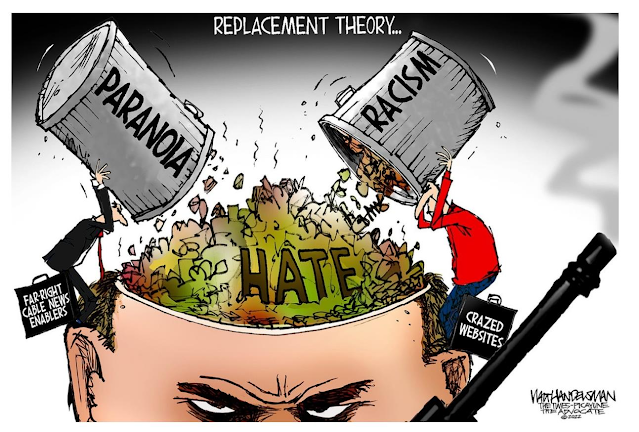 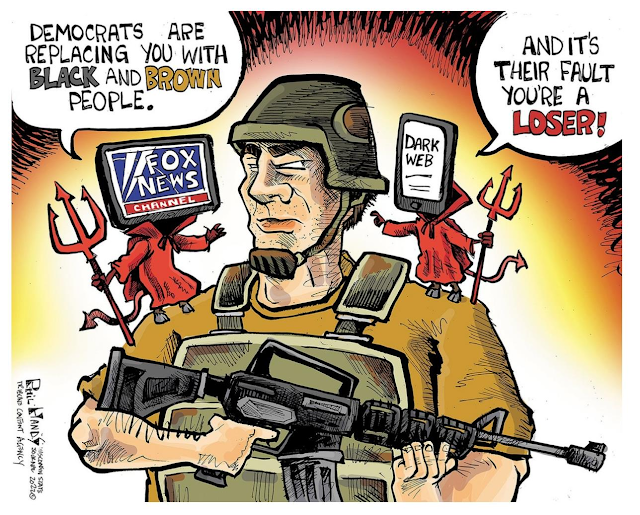 Posted by Moneyrunner at 7:06 AM No comments:

Posted by Moneyrunner at 4:55 PM No comments: 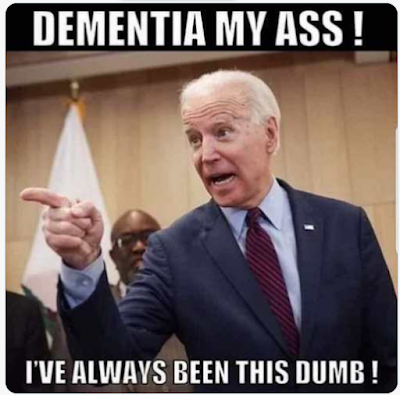 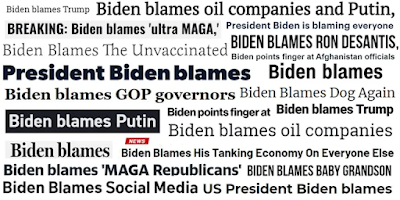 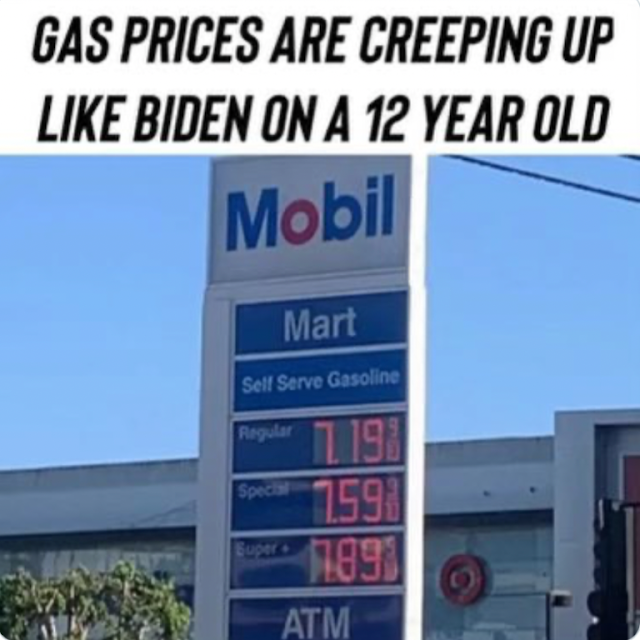 Posted by Moneyrunner at 3:56 PM No comments:

No one-not a Dem or GOP nor ANY talking head on TV makes more sense these days than...wait for it...@billmaher He is the new Capt Kirk-he goes where no one has gone before. To a place of curiosity, cynicism, & common sense. What journalism used to be. This monologue is brilliant. https://t.co/qmSgywddLC

Posted by Moneyrunner at 7:10 AM No comments:

These so-called ‘warnings’ aren’t just lucky guesses.
Why aren’t these people being monitored?

What agency would do that when all our agencies are in on it?!? https://t.co/zyFK4T7Ck7 pic.twitter.com/rbEBkT7RPY

Posted by Moneyrunner at 12:49 PM No comments:

DeSantis knows that he’ll never have a friend in the MSM. He not only doesn’t care, but he also embraces the fact.

.@GovRonDeSantis shows how it does a "disservice" to equate Florida to dictatorial regimes. pic.twitter.com/SsTGuN3Y52

Posted by Moneyrunner at 9:17 AM No comments:

Posted by Moneyrunner at 9:15 AM No comments:

We Don't Talk About China

Posted by Moneyrunner at 7:06 AM No comments:

Posted by Moneyrunner at 7:41 AM No comments:

Word of the day: SODAS 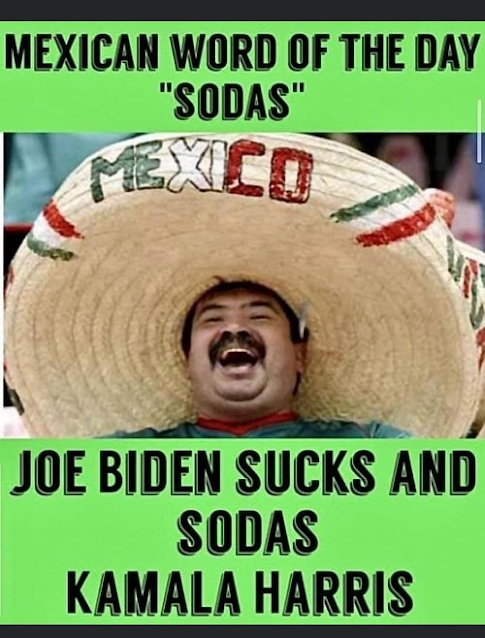 Posted by Moneyrunner at 8:56 PM No comments: