Normally when you get a bad president, voters are to blame. They decided what they wanted and, in H.L. Mencken’s famous phrase, deserve to get it good and hard. But in saddling America with the Biden administration, the voters got more than a nudge.

As Time magazine reported shortly after the 2020 election, a “cabal” — Time’s word — of “left-wing activists and business titans” worked to get rid of Trump. It pushed mail-in voting. It moved to block election fraud suits brought by Trump and supporters. It employed social media censorship to mute pro-Trump arguments and amplify anti-Trump arguments. It sponsored protests.

Time calls this a “conspiracy to save the election,” but in truth it was a conspiracy to save the election for the Democrats. The consequences in terms of lost faith in democracy have been severe, but the worst effect is that the winning ticket was never seriously vetted by the media or the campaign process. As a result, we have a president whose mental capacity is openly doubted by much of the nation.

In a normal campaign, Biden’s weaknesses would have been obvious. Normal candidates endure grueling schedules with frequent speaking events that mercilessly reveal any shortages of energy or intellect. It’s now clear that had Biden had to do that, a majority of voters would have seen him as unfit.

But the “cabal” ensured that the press didn’t pressure him to leave his basement. Questions about his abilities were silenced. And the press also helped by drumming up and deploying COVID hysteria against Trump, sometimes openly hoping that it would harm him, other times deploying the hysteria to support mail-in ballots and other questionable practices.

Time’s piece says, “It sounds like a paranoid fever dream — a well-funded cabal of powerful people, ranging across industries and ideologies, working together behind the scenes to influence perceptions, change rules and laws, steer media coverage and control the flow of information.”

But that’s OK because, we’re told, “They were not rigging the election; they were fortifying it.”

Were they? Were they really?

America now faces a dangerous time, internationally, domestically and economically, with obviously inadequate leadership at the top. If disaster ensues, the people who openly bragged about their efforts to install the Biden administration may wish they had kept quiet.

Posted by Moneyrunner at 8:05 AM No comments:

Posted by Moneyrunner at 7:41 AM No comments:

Posted by Moneyrunner at 7:31 AM No comments: 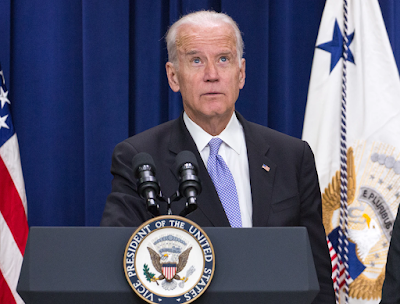 On Monday, the New York Times ran a story pegged to a new poll, showing Joe Biden dragging a sub-Trumpish 33% approval rating into the midterms. The language was grave:

Widespread concerns about the economy and inflation have helped turn the national mood decidedly dark, both on Mr. Biden and the trajectory of the nation… a pervasive sense of pessimism that spans every corner of the country...

The article followed another from the weekend, “At 79, Biden Is Testing the Boundaries of Age and the Presidency.” That piece, about Biden’s age — code for “cognitive decline” — was full of doom as well:

Mr. Biden looks older than just a few years ago, a political liability that cannot be solved by traditional White House stratagems like staff shake-ups… Some aides quietly watch out for him. He often shuffles when he walks, and aides worry he will trip on a wire. He stumbles over words during public events, and they hold their breath to see if he makes it to the end without a gaffe.

Biden’s descent was obvious six years ago. Following the candidate in places like Nevada, Iowa, and New Hampshire, I listened to traveling press joke about his general lack of awareness and discuss new precautions his aides seemed to be taking to prevent him engaging audience members at events.

Read more »
Posted by Moneyrunner at 11:39 AM No comments:

Church of England: There is ‘no official definition’ of a woman 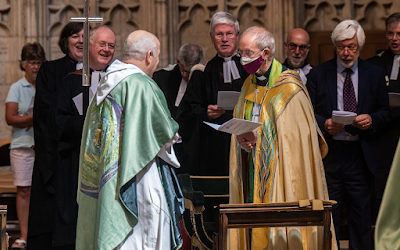 Don't get me started on answering the question of who Jesus is.  I'm fairly confident that the Church which is afraid to answer the question: "what is a woman" will deny that Jesus is Lord.

Posted by Moneyrunner at 9:02 PM No comments:

BIDEN ADVISOR BRIAN DEESE: "This is about the future of the Liberal World Order and we have to stand firm." pic.twitter.com/LWilWSo72S

Posted by Moneyrunner at 8:25 AM No comments:

This is how the Associated Press Lies for Biden A year later, Biden suffering a slide; Last July 4 served as a crossroads in president’s approval

“President Joe Biden gathered hundreds of people outside the White House for an event that would have been unthinkable for many Americans the previous year.”

Really?  Many Americans thought celebrating the 4th was unthinkable?

Biden declares victory over the virus thanks to a vaccine developed under Trump.

Although the pandemic wasn’t over yet, Biden said, “we’re closer than ever to declaring our independence from a deadly virus.”

Across the country, indoor masking requirements were falling as the number of infections and deaths plummeted.

Within weeks, even some of the president’s allies privately admitted that the speech had been premature. Soon the administration would learn that the delta variant could be transmitted by people who had already been vaccinated.

Remember the “mask on/double mask/triple mask/mask off” “School open/School close” “get vaxed, get a booster or you are a criminal who wants to kill grandma?”  The Biden Team lied to us and told us that the vaccine would prevent us from getting sick and would prevent us from spreading the virus.  They knew it was a lie all the time.  They even hid the side effects that are now killing healthy adults.

Read more »
Posted by Moneyrunner at 8:05 AM No comments:

What too many Democrats think about the country 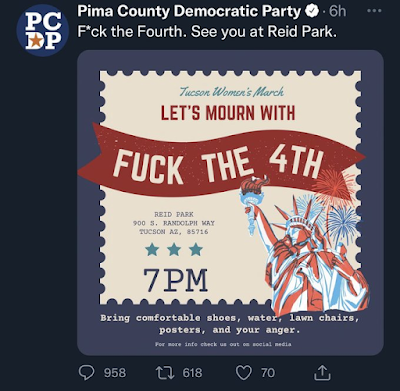 Posted by Moneyrunner at 10:54 AM No comments: