It's no exaggeration that Democrats made nursing homes into death camps

Ace of Spades doesn't beat around the bush.


Dr. "Rachel" Levine took his mother out of a nursing home just as he was signing new orders that sick nursing home patients must be mixed in with the uninfected residents of nursing homes. 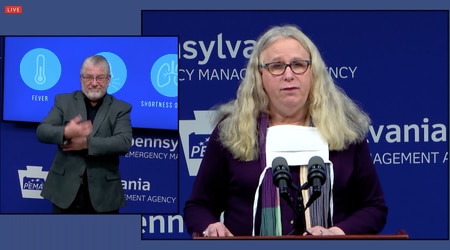 This, of course, had the result of killing thousands of elderly residents.

But not Dr. Levine's mom!

Lawmakers are demanding this specimen resign or be fired due to his direct involvement with the premeditated deaths of thousands as well as his refusal to turn over data and information about his decisons and the death toll those decisions have caused...

Let me again point out the irony -- or perhaps the calculated outcome -- that the only places in the US where the infection rates and death rates came close to matching the models' predictions is in those Democrat states whose Democrat governors engineered a mass slaughter of the elderly by ordering that the infected be mixed in with the unifected by compromised.

But hey, let's spend all of our journalistic resources taking telephoto pictures of Jacksonville beaches. Those are nicer places to visit than the death camps Democrats made of nursing homes, and the bodies there make for sexier photos.