June — or as woke culture warriors call it, “Pride Month” — is just around the corner. Corporations, associations, and non-profits alike are well into planning their marketing, engagement, and fundraising for the upcoming rainbow festivities. But before they spend any more time or budget on glorifying the LGBTQ movement, I have some advice for them: don’t.

Every year, as summer rolls around and an entire month is commandeered by groomy Leftists to shove their values (to use that word charitably) down everyone’s throat, normal people are driven to someplace on the spectrum between annoyance and anger.

And year after year, the normals react with polite silence. The bravest surreptitiously pass around a meme or two, like this perennial favorite: 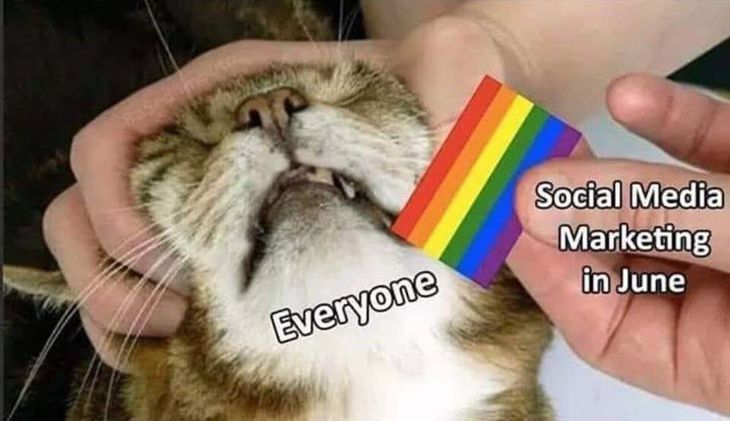 But things are different now. People’s eyes have been opened to the negative effects of this cultural poison, especially on children. We know now that it isn’t simply a benign affirmation of people who are a little “different” — it’s a full-throated push to make as many people “different” as possible by starting when they’re young and grooming them into ideas and behaviors of which they’d otherwise remain innocent.

We now know that children wind up being abused by confused teens allowed into girls’ spaces. We know whole groups of kids get brainwashed and pressured into bizarro self-identification, and we know suicide is shockingly more prevalent among rainbow kids than among kids who are left alone to fumble their way through the awkwardness of puberty like normal.  We’ve seen ambitious girls cheated out of opportunities by boys who beat them in athletics. We also know that many young people who were “affirmed” as a member of the opposite sex grow up to regret the permanent damage they were encouraged to do to their bodies. The stories are heartbreaking. “Pride” has worn out its welcome.

As for adults, except for a tiny percentage that may actually enjoy “Pride Month” (although I’ve never met any adult who does), the rest of us are not amused. When an organization celebrates LGBTQ “pride,” it simultaneously alienates religious, conservative, and traditionalist patrons. When management brings “inclusion” in-house, it creates a hostile work environment for many of its employees, all of whom are too intimidated to speak up.