Daniel Pearl and the Normalization of Evil

"The banality of evil" is captured in this man... 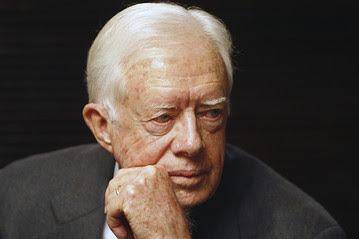 ...barbarism, often cloaked in the language of "resistance," has gained acceptance in the most elite circles of our society. The words "war on terror" cannot be uttered today without fear of offense. Civilized society, so it seems, is so numbed by violence that it has lost its gift to be disgusted by evil.

I believe it all started with well-meaning analysts, who in their zeal to find creative solutions to terror decided that terror is not a real enemy, but a tactic. Thus the basic engine that propels acts of terrorism -- the ideological license to elevate one's grievances above the norms of civilized society -- was wished away in favor of seemingly more manageable "tactical" considerations.

This mentality of surrender then worked its way through politicians like the former mayor of London, Ken Livingstone. In July 2005 he told Sky News that suicide bombing is almost man's second nature. "In an unfair balance, that's what people use," explained Mr. Livingstone.

But the clearest endorsement of terror as a legitimate instrument of political bargaining came from former President Jimmy Carter. In his book "Palestine: Peace Not Apartheid," Mr. Carter appeals to the sponsors of suicide bombing. "It is imperative that the general Arab community and all significant Palestinian groups make it clear that they will end the suicide bombings and other acts of terrorism when international laws and the ultimate goals of the Road-map for Peace are accepted by Israel." Acts of terror, according to Mr. Carter, are no longer taboo, but effective tools for terrorists to address perceived injustices.

Read the whole thing.
Posted by Moneyrunner at 8:27 AM