The Virginian Pilot and the SPLC

Ana Ley is a staff writer for the Virginian Pilot writing advocacy journalism for a newspaper that seems to see its role as an eraser of Virginia's past. 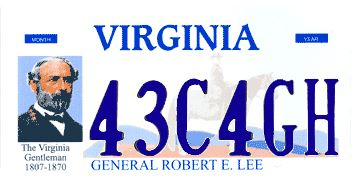 In her article she mentions the Southern Poverty Law Center, a source often cited by those who want a cheap and easy source for anti-Southern, anti-Christian, and anti-Conservative "factoids."

I assume that Ana Ley is young and doesn't worry too much about her sources.  Here's an open letter to Ms. Ley:.

You’re clearly tasked with writing advocacy journalism, but to be credible you should pick your sources more carefully.  You give a lot of credence in your article to the SPLC.

References to the SPLC, which has a record of sexual discrimination, gender discrimination, and racism that stretches back decades as reported in the LA Times, is a poor source of information on this issue.  Its founder, Morris Dees was fired as was the President, Richard Cohen, who followed him out the door.

USA Today labeled the Southern Poverty Law Center as a hate-based scam that nearly caused people to be murdered because it designated The Family Research Council a hate group.  The Family Research Council is a public advocacy organization that promotes the family, the dignity of every human life and is an advocate for religious liberty.  The SPLC incited a young man to enter their offices to kill the people there and planned to smear Chick-fil-A sandwiches in their lifeless faces as a political statement. Thanks to a guard who bravely held the would-be killer after he was shot, the crime incited by the SPLC was not totally carried out.

Here’s how Bob Moser, writing in The New Yorker – not a hotbed of Conservatism – describes working at the SPLC.

The first surprise was the office itself. On a hill in downtown Montgomery, down the street from both Jefferson Davis’s Confederate White House and the Dexter Avenue Baptist Church, where M.L.K. preached and organized, the center had recently built a massive modernist glass-and-steel structure that the social critic James Howard Kunstler would later liken to a “Darth Vader building” that made social justice “look despotic.” It was a cold place inside, too. The entrance was through an underground bunker, past multiple layers of human and electronic security. Cameras were everywhere in the open-plan office, which made me feel like a Pentagon staffer, both secure and insecure at once. But nothing was more uncomfortable than the racial dynamic that quickly became apparent: a fair number of what was then about a hundred employees were African-American, but almost all of them were administrative and support staff—“the help,” one of my black colleagues said pointedly. The “professional staff”—the lawyers, researchers, educators, public-relations officers, and fund-raisers—were almost exclusively white. Just two staffers, including me, were openly gay.

During my first few weeks, a friendly new co-worker couldn’t help laughing at my bewilderment. “Well, honey, welcome to the Poverty Palace,” she said. “I can guaran-damn-tee that you will never step foot in a more contradictory place as long as you live.”

“Everything feels so out of whack,” I said. “Where are the lawyers? Where’s the diversity? What in God’s name is going on here?”

“And you call yourself a journalist!” she said, laughing again. “Clearly you didn’t do your research.”

Thanks to Morris Dees background as a direct mail marketer,  (he's a member of the Direct Marketing Association's Hall of Fame) the SPLC is obscenely rich with an endowment of half a billion dollars, yet it raises hundreds of millions annually by continually crying poverty. The SPLC stashes over $100 million in offshore accounts. certainly a curious decision for an organization with "poverty" in its name. Putting tens of millions in tax havens is all the more curious when you consider that, as a non-profit, the SPLC doesn't pay taxes anyway.

Current Affairs has an excellent article on the SPLC and calls their Hate Map an “outright fraud.”  Here’s an excerpt:

The biggest problem with the hate map, though, is that it’s an outright fraud. I don’t use that term casually. I mean, the whole thing is a willful deception designed to scare older liberals into writing checks to the SPLC. The SPLC reported this year that the number of hate groups in the country is at a “record high,” that it is the “fourth straight year” of hate group growth, and that this growth coincides with Donald Trump’s rise to power. There are now a whopping 1,020 hate groups around the country. America is teeming with hate.

Let’s dig into this number a bit. The first thing you should note is that it’s meaningless. The SPLC consistently declines to identify how many members these hate groups have. It just notes the number of groups. Without knowing how large they are, what does it mean that they exist? Are they one person? 1000?...

In fact, when you actually look at the hate map, you find something interesting: Many of these “groups” barely seem to exist at all. A “Holocaust denial” group in Kerrville, Texas called “carolynyeager.net” appears to just be a woman called Carolyn Yeager. A “male supremacy” group called Return of Kings is apparently just a blog published by pick-up artist Roosh V and a couple of his friends, and the most recent post is an announcement from six months ago that the project was on indefinite hiatus. Tony Alamo, the abusive cult leader of “Tony Alamo Christian Ministries,” died in prison in 2017. (Though his ministry’s website still promotes “Tony Alamo’s Unreleased Beatles Album.”) A “black nationalist” group in Atlanta called “Luxor Couture” appears to be an African fashion boutique. “Sharkhunters International” is one guy who really likes U-boats and takes small groups of sad Nazis on tours to see ruins and relics. And good luck finding out much about the “Samanta Roy Institute of Science and Technology,” which—if it is currently operative at all—is a tiny anti-Catholic cult based in Shawano, Wisconsin.

Posted by Moneyrunner at 7:46 AM