The Other Monsters Among Us 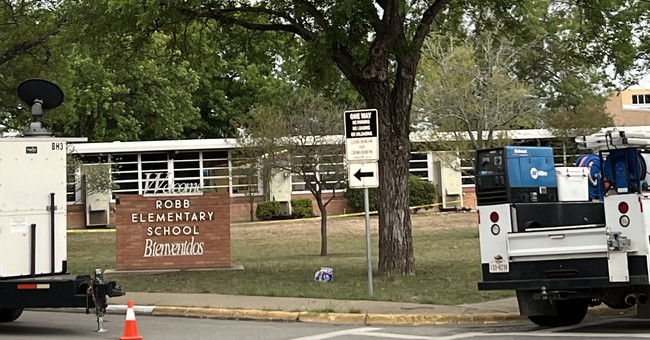 There are monsters who shoot and kill innocent people.  And some monsters create and enable them.

[There are] evil people who walk among us every single day who do actually do horrible things and are on their way to Hell. Then there are those who see the evil done and think, “I can use that to get what I want.” While they have not engaged in the evil, they gleefully exploit it, which makes them a special breed of monster.

I don’t know how a progressive Democrat who hears of a tragedy and becomes aroused by the prospect of how they can use it can live with themselves. It’s disgusting. It’s also common. The Buffalo shooting immediately became about “white supremacy” and was used to pronounce everyone who isn’t an active Democrat guilty by proxy. The Laguna Woods shooting and the New York City subway shooting immediately became about…nothing. It’s like ServePro came through and wiped those from the left’s memory – like it never even happened. They weren’t useful, they didn’t matter.

Now, Uvalde, Texas. The killer there is a Hispanic guy with known mental problems. The only difference with Buffalo is the skin color, but that difference means Uvalde can’t be used to argue white supremacy, so they reverted to the inanimate object.

The gun is to blame now. It didn’t walk itself into that school, it didn’t murder those innocent people any more than the car Waukesha drove itself through the Christmas parade trying to kill as many white people as possible. But just as the left would have you believe Waukesha was committed by Herbie the Love Bug gone bad and not a black supremacist who swallowed Democrat talking points his whole life, they want you to believe the gun came to life in Texas and committed mass murder.

Before an accurate body count was make or horrified family members could be notified, Democrats in government and the media were dancing on the yet to be dug graves.

Posted by Moneyrunner at 6:51 AM