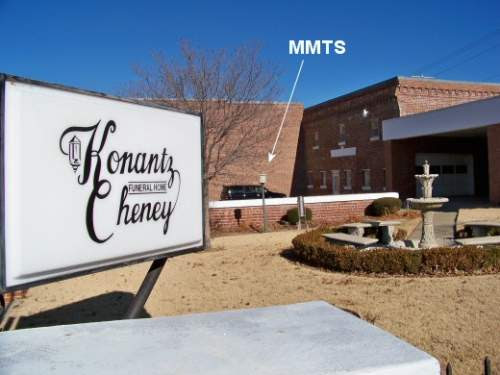 MMTS stands for "Max Min Temperature System" and provides the Feds the data that they use to tell us that the earth is warming and blaming it on you.

Watts Up With That provides more detail:

Where Thermometers Go To Die - How not to measure temperature, part 80

In my 30 years in meteorology, I never questioned how NOAA climate monitoring stations were setup. It wasn’t until I stumbled on the Marysville California fire station and its thermometer that that I began to notice just how badly sited these stations are. When I started looking further, I never expected to find USHCN climate monitoring stations placed at sewage treatment plants, next to burn barrels, or in parking lots of University Atmospheric Science Departments, or next to air conditioning heat exchangers. These were all huge surprises.

I didn’t think I’d be surprised anymore. I thought I’d seen the weirdest of the weird, and that I would not be surprised again with bad station placement examples.

Then I saw this station, submitted from Fort Scott, Kansas.

No, your eyes do not deceive you. That is an official NOAA USHCN climate monitoring station at a funeral home in downtown Fort Scott, KS

From a wider perspective, you can see all the things around it. Not only do we have a fountain (extra humidity), a nearby brick wall for heat retention at night, a large concrete driveway that curves around the station, a tree for shade in the late afternoon, a big brick building with a south facing brick wall, but we also have cobblestone streets and convenient nearby parking. The station is near the center of the city. 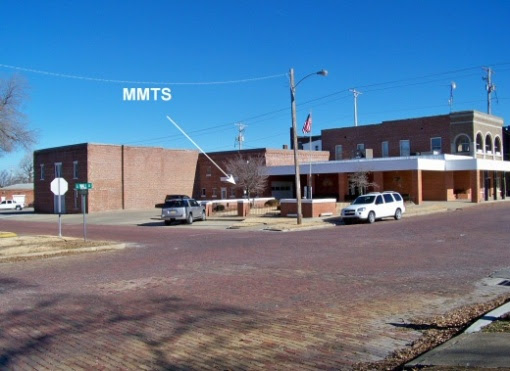 "Watts up" then examines the temperature data from Fort Scott and explains...

It seems that that station was moved into this location from the previous one about a block away on April 4th, 2002. ... Upon first examination. it appears that it “may” have been cooler at the previous location, once you get past the spike of the 1998 El Nino it seems the elevated step function remains. Though since the location was also downtown, about a block away, perhaps the UHI of the downtown has overwhelmed the station change.

From what I can tell of the towns history, most of the growth in buildings occurred during the first half of the 20th century. Many of the downtown buildings seem to date from that time. Certainly it appears cooler around 1900.

Of course, this GISS adjustment artificially increases the temperature trend of the last century. It appears to use the present as the hinge point. [graphs omitted for simplicity]

Yes it probably was cooler in Fort Scott’s past, when it looked like this, when it was founded: 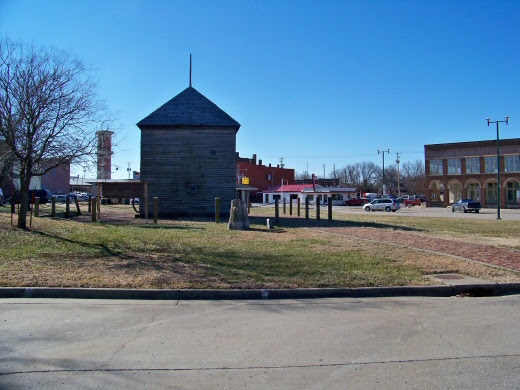 In 1852, Assistant Surgeon Joseph Barnes used all of these phrases to describe the landscape surrounding Fort Scott.

Here is a recent view of downtown

One of the comments on this site states the blindingly obvious...

In this regard, we have the concepts of global warming and climate change, about which we are constantly bombarded with warnings of rising oceans, famine, species extinction, disease outbreaks, etc. — primarily based upon future predictions from computer models centered upon historical temperature records — all of which (if true) have significant implications on future human morbidity and mortality. Yet the “science of climate change” involving computer models utilizing past records of surface temperatures, as well as current recordings of surface temperatures, appears to be completely devoid of “quality control” regarding the primary data records. (Buried in “quality control” is urban heat island effect, which would be eliminated with appropriate standard methodology requirements.) Not only are you amply demonstrating that “quality control” in surface temperature recording is completely absent with your project, there is a second issue of “manipulating” data obtained from methods devoid of “quality control” overview. How can one “manipulate” (adjust) historical data that one cannot verify as being accurate and reproducible? Such “manipulations” cannot correct for previous lack of “quality control” and may actually introduce more uncertainty. This is not science — it’s “data fakery.” How can any reputable science journal publish studies where the primary data sets are “highly suspect” for being unreliable? Please continue your work in exposing this fraudulent science, if it can be called a science.

This is apparently "good enough for government work." And there is a serious movement to turn your health care over to these people.

There is a serious scandal brewing around the global warming (renamed "climate change") cult. The practitioners have a problem in that they have to keep upping the stakes, like the practitioner of a Ponzi scheme. And like a Ponzi scheme, it will all come crashing down one day. But a government funded Ponzi scheme can have a very long life indeed (see social security).
Posted by Moneyrunner at 6:39 AM

Al Gore has really stepped in it this time. He could have spent the rest of his global warming career collecting money by spreading fear over events that were a century or at least half century in the future. Oh, but that wasn’t good enough for Big Al. He’s now told the biggest global warming whopper of his alarmist career:

AL GORE HAS PREDICTED THAT THE NORTHERN POLAR ICE CAP WILL BE COMPLETELY GONE IN FIVE YEARS!!!

When I heard this I assumed it was a rumor started by skeptics to make Gore look bad. It wasn’t until I viewed the video that I realized what Gore had done. Gore has started a five year credibility countdown timer ticking and it’s up to all of us to make sure that he is held accountable and proven to be a fraud when his dire prediction aimed at drumming up support doesn’t come true.

The mainstream media isn’t going to let this video see the light of day because they, unlike Al, understand the precarious position in which he has placed himself.

It is therefore up to us to spread the word about Big Al’s prediction. He must be exposed for the fear mongering opportunist that he has become.

To view the video, please visit the following site and click on the picture of Big Al holding up five fingers.

While visiting this site, you might want to watch a preview of the film “Not Evil, Just wrong” or watch “The Great Global Warming Swindle” which is found in the video section. Happy Viewing!!!