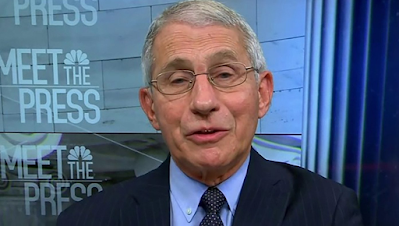 WASHINGTON, D.C.—A dangerous conspiracy theorist based in Washington doesn't believe vaccines work, concerned sources reported Tuesday. He spouted his deadly rhetoric in a speech today, going on about how even if Americans get two doses of the vaccine they should keep triple-masking, avoid going outside, and stay in their homes and die alone.

Reports indicate that the conspiracy theorist isn't just a no-name cult leader on YouTube or something but is incredibly popular, with millions of people hanging on his every word.

"It's really scary how many people are listening to this dangerous, anti-science conspiracy theorist," said one scientist. "We're trying to get people to get vaccinated, and this guy comes along and starts spewing his nonsense about how vaccinated people could still get the virus and so can't go to theatres, baseball games, or restaurants for at least a year or two. He's really harming public discourse on the issue."

"Dangerous, extremist, fringe rhetoric like this is really harmful to our efforts to vaccinate a large portion of the population and get back to normal. Be really careful of wackos like this guy."

What's more, the conspiracy theory-pushing extremist is clearly a grifter, as images surfaced of him going to a baseball game and taking his mask off throughout last year.