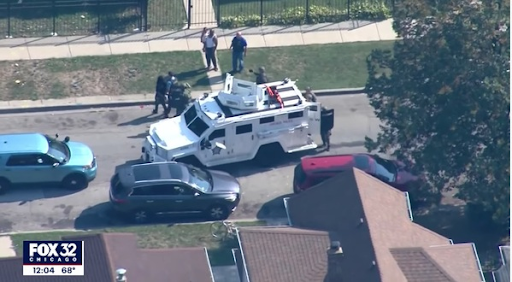 But how many more shooting matches will start now that the word is going out that you can escape charges in a gang shootout -- even if someone is killed -- if both sides are shooting?

An escalating number of shootouts is the inescapable implication of the decision of the Cook County State’s Attorney’s Office to release all five suspects arrested in a fatal shootout between rival gangs in the city’s Southside Austin neighborhood, not too far from the Obama Monument.  The head of that office, Kim Foxx, was elected with considerable financial support from George Soros, who has helped elect many soft-on-crime prosecutors across the US

Posted by Moneyrunner at 6:23 AM