Obama Apparently Wasn't on "The Right Side of History" After All 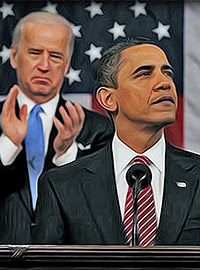 Since the first days of his presidency, Barack Obama has cast himself as occupying "the right side of history" and exploited Martin Luther King, Jr.'s phrase that, "The arc of the moral universe is long, but it bends toward justice."

Now in the final days of that presidency, even Obama must be confronting the distressing possibility that the phrase is either an empty one, or alternatively that the arc actually bent against him and marooned him on the wrong side of history.

The broader reality is that platitudes like "the right side of history" are tools typically employed by the statist political left to rationalize dominion over the "little people" who are deemed unable to recognize what's good for them. The good news is that time occasionally catches up with them and exposes their artifice.

That has certainly proven true for Obama and his legacy.


Read the whole thing.
Posted by Moneyrunner at 6:54 AM