The Cynical and Dangerous Weaponization of the "White Supremacist" Label

Within hours of the August 25, 2020, shootings in Kenosha, Wisconsin — not days, but hours — it was decreed as unquestioned fact in mainstream political and media circles that the shooter, Kyle Rittenhouse, was a "white supremacist.” ....

What all of this demonstrates is that insult terms like "white supremacist” and "racist” and "white nationalist” have lost any fixed meaning. They are instead being trivialized and degraded into little more than discourse toys to be tossed around for fun and reputation-destruction by liberals, who believe they have ascended to a place of such elevated racial enlightenment that they are now the sole and exclusive owners of these terms and thus free to hurl them in whatever manner they please. It is not an overstatement to observe that in elite liberal discourse, there are literally no evidentiary requirements that must be fulfilled before one is free to malign political adversaries with those accusatory terms. That is why editors at The Washington Post published an op-ed proclaiming Rittenhouse was plagued by “deeper white supremacist orientation” just four days after its news division explicitly concluded that such an accusation "lacks evidence” — because it it permissible to accuse people of racism and white supremacy without any evidence needed.

It is inherently disturbing and destructive any time a person is publicly branded as something for which there is no evidence. That is intrinsically something we should collectively abhor. But this growing trend in liberal discourse is not just ethically repellent but dangerous. By so flagrantly cheapening and exploiting the "white supremacist” accusation from what it should be (a potent weapon deployed to stigmatize and ostracize actual racists) into something far more tawdry (a plaything used by Democrats to demean and destroy their enemies whenever the mood strikes), its cynical abusers are draining the term of all of its vibrancy, potency and force, so that when it is needed, for actual racists, people will have tuned it out, knowing that is used deceitfully, recklessly and for cheap entertainment. 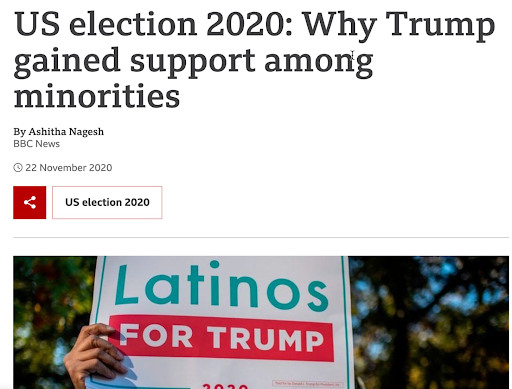 The political and media faction that casually and recklessly brands people as "white supremacists” the way normal people utter “excuse me” while navigating a large crowd have no interest at all in whether the accusation is true. They are devoted to reducing everyone whose political ideology diverges from their own to their worst possible moment — no matter how long ago it happened or how unrepresentative of their lives it is — in order to derive the most ungenerous and destructive meaning from it.

Posted by Moneyrunner at 7:42 AM