When Andrew Sullivan begins to agree with Conservative critics of the Press it's a Big Deal. 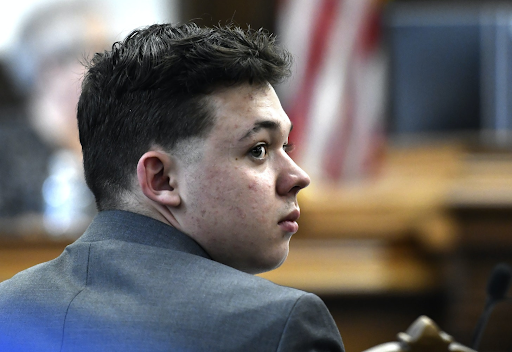 The news is a perilous business. It’s perilous because the first draft of history is almost always somewhat wrong, and needs a second draft, and a third, and so on, over time, until the historian can investigate with more perspective and calm. The job of journalists is to do as best they can, day by day, and respond swiftly when they screw up, correct the record, and move forward. I’ve learned this the hard way, not least in the combination of credulousness and trauma I harbored in the wake of 9/11.

But when the sources of news keep getting things wrong, and all the errors lie in the exact same direction, and they are reluctant to acknowledge error, we have a problem. If you look back at the last few years, the record of errors, small and large, about major stories, is hard to deny. It’s as if the more Donald Trump accused the MSM of being “fake news” the more assiduously they tried to prove him right.

And these mass deceptions have consequences. We are seeing this now in the Rittenhouse case — a gruesome story of a reckless teen with a rifle in the wake of the police shooting of Jacob Blake in Kenosha. The impression many got from much of the media was that a far-right vigilante, in the middle of race riots, had gone looking for trouble far from home and injured one man, and killed two, in a shooting spree.

Here’s the NYT on August 26, the morning after the killings: “The authorities were investigating whether the white teenager who was arrested … was part of a vigilante group. His social media accounts appeared to show an intense affinity for guns, law enforcement and President Trump.” Rittenhouse’s race is specified; the race of the men he killed and injured were not (they were also white).

Almost immediately, the complicated facts became unimportant. The far right viewed Rittenhouse as a hero — which he surely wasn’t. He had no business being there with an AR-15. The MSM and far left viewed him as a villain, appalled that he was being elevated, in Jamelle Bouie’s words, “as a symbol of self-defense.” (Another NYT article, painting Rittenhouse as a MAGA fanatic, did note at the very bottom of the page: “Supporters of Mr. Rittenhouse said he was being attacked by the mob and acted in legitimate self-defense.” So they did have a caveat.)

But notice how the narrative — embedded in a deeper one that the Blake shooting was just as clear-cut as the Floyd murder, that thousands of black men were being gunned down by cops every year, and that “white supremacy” was rampant in every cranny of America — effectively excluded the possibility that Rittenhouse was a naive, dangerous fool in the midst of indefensible mayhem, who, in the end, shot assailants in self-defense. And so when, this week, one of Rittenhouse’s pursuers, Gaige Grosskreutz, admitted on the stand that Rittenhouse shot him only after Grosskreutz pointed his pistol directly at Rittenhouse’s head a few feet away, it came as a shock.

Money quote from the defense lawyer: “It wasn’t until you pointed your gun at him, advanced on him, with your gun (and your hands down) pointed at him, that he fired? Right?” To which Grosskreutz answered: “Correct.” Here’s how the NYT first described this a year ago, on August 26: “Video footage from the scene of the shooting appears to show Mr. Rittenhouse running and then firing his gun, striking a man in the head. He then flees and is chased by bystanders before tripping, falling to the ground and shooting another man.”

A day later, in another NYT piece (which I relied on at the time), here’s the account of video footage they embedded: “As Mr. Rittenhouse is running, he trips and falls to the ground. He fires four shots as three people rush toward him. One person appears to be hit in the chest and falls to the ground. Another, who is carrying a handgun [Grosskreutz], is hit in the arm and runs away.” Any sense of self-defense there? (And when you watch the full version of the same video on YouTube, you see that, for some reason, the NYT cut off the key moment showing Rittenhouse’s self-defense — the moment that proved so critical in court!)

I haven’t watched the whole trial. But if you watch for any length of time, you realize you’ve been led to believe a media narrative that was way off. (Independent journalists last year, like Jesse Singal, were more clear-eyed.) Because of that narrative whiplash, we may have more rioting and violence if he’s acquitted. The judge is already being targeted. I’m not defending Rittenhouse. And I understand news gathering is fallible. But there’s a media pattern here. And it reaches far wider than Rittenhouse.

We found out this week, for example, that a key figure in the emergence of the Steele Dossier, Igor Danchenko, has been indicted for lying to the FBI. He is also charged with asking a Clinton crony, Charles Dolan Jr: “Any thought, rumor, allegation. I am working on a related project against Trump.”

The evidence from another key source for the dossier, Sergei Millian — touted across all media, including the Washington Post — has also been exposed as potentially fake. What has the Post done? As their own indispensable Erik Wemple notes, instead of a clear retraction, the Post has just added editors’ notes to previous stories, removed sections and a video, and altered headlines retroactively. This is a bizarre way of correcting the record: “No such case comes immediately or specifically to mind, at least no historical case that stirred lasting controversy,” said W. Joseph Campbell, a professor and journalism historian at American University.

This doesn’t mean that Trump wasn’t eager for Russian help. But Trump was right, in the end, about the dodgy dossier; he was right about the duped FBI’s original overreach; and the mass media — Rachel Maddow chief among them — were wrong. And yet the dossier dominated the headlines for three years, and the “corrections” have a fraction of the audience of the errors. Maddow gets promoted. And the man who first published it, Ben Smith, was made the media columnist for the NYT.

Think of the other narratives the MSM pushed in recent years that have collapsed. They viciously defamed the Covington boys. They authoritatively told us that bounties had been placed on US soldiers in Afghanistan by Putin — and Trump’s denials only made them more certain. They told us that the lab-leak theory of Covid was a conspiracy theory with no evidence behind it at all. (The NYT actually had the story of the leak theory, by Donald McNeil, killed it, and then fired McNeil, their best Covid reporter, after some schoolgirls complained he wasn’t woke.) Wrong. Wrong. Wrong.

The MSM took the ludicrous story of Jussie Smollett seriously because it fit their nutty “white supremacy” narrative. They told us that a woman was brutally gang-raped at UVA (invented), that the Pulse mass shooting was driven by homophobia (untrue) and that the Atlanta spa shooter was motivated by anti-Asian bias (no known evidence for that at all). For good measure, they followed up with story after story about white supremacists targeting Asian-Americans, in a new wave of “hate,” even as the assaults were disproportionately by African Americans and the mentally ill.

As Greenwald noted, the NYT “published an emotionally gut-wrenching but complete fiction that never had any evidence — that Officer Sicknick’s skull was savagely bashed in with a fire extinguisher by a pro-Trump mob until he died.” The media told us that an alleged transgender exposure in the Wi Spa in Los Angeles was an anti-trans hoax (also untrue). They told us that the emails recovered on Hunter Biden’s laptop were Russian disinformation. They did this just before an election and used that claim to stymie the story on social media. But they were not Russian disinformation. They were a valid if minor news story the media consciously kept from its audience for partisan purposes.

More recently, the MSM were telling us for months that inflation is a phantasm. We were told that the “2021 Inflation Scare is another in a series of false alarms going back several decades.” We were assured that “the numbers at least for now are on the side of those expecting the trend to subside and then stabilize at lower levels.” Any concern was “fearmongering politics.” And now we wake up to the highest inflation in 30 years, counter-balancing wage increases. Still, they tell us, all will be well.

We were told that vaccines would end the Covid pandemic. But they merely altered Covid to a manageable disease that you could still contract while vaccinated. We were told that the migrant surge at the border was just seasonal, and nothing out of the ordinary, even as 1.7 million migrants were illegally trying to get into the country in the last year. We were told that sending migrants back to their home countries was a wicked and unconscionable Trump tactic — even as the Biden administration swiftly copied it with Haitian immigrants — to much success. The cruelty is the point, eh?

We were — and still are! — being told by most of the media that critical race theory isn’t in high schools at all. Meanwhile, a tsunami of evidence is out there showing that it absolutely is — in every subject, and every class, as the central philosophy behind many states’ education policies.

We all get things wrong. What makes this more worrying is simply that all these false narratives just happen to favor the interests of the left and the Democratic party. And corrections, when they occur, take up a fraction of the space of the original falsehoods. These are not randos tweeting false rumors. They are the established press.

And at some point, you wonder: what narrative are they pushing now that is also bullshit? One comes to mind: the assurance that the insane amount of debt we have incurred this century is absolutely nothing to be concerned about because interest rates are super-low and borrowing more and more now is a no-brainer. But when inflation spikes and sets off a potential spiral in wages to catch up, will interest rates stay so quiescent? And if interest rates go up, how will we service the debt so easily?

I still rely on the MSM for so much. I still read the NYT first thing in the morning. I don’t want to feel as if everything I read is basically tilted through wish-fulfillment, narrative-proving, and ideology. But with this kind of record, how can I not?

We need facts and objectivity more than ever. Trump showed that. What we got in the MSM was an over-reaction, a reflexive overreach to make the news fit the broader political fight. This is humanly understandable. It is professionally unacceptable. And someone has got to stop it.

Posted by Moneyrunner at 5:01 PM