The FBI has lost the plot 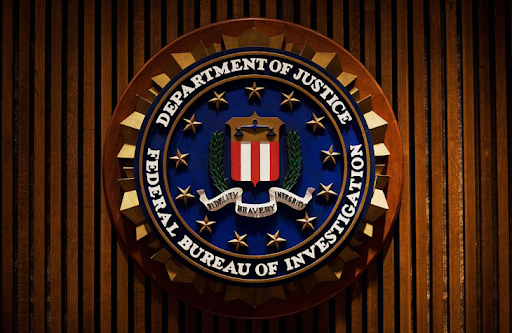 Whom the gods would destroy, they first make ridiculous. Consider the Federal Bureau of Investigation. That once-respected institution has been busy wiping (or, more to the point, not wiping) egg off its face at least since the moist tenure of James ‘higher loyalty’ Comey. For those wondering why it is that Comey is cashing fat royalty checks instead of stamping out license plates at Club Fed, the answer is part of my story. There is the Elect, of whom James Comey numbers himself, and there are the Serfs, among whose number, Dear Reader, you probably belong.....

The FBI has rendered itself ridiculous. It has jumped the shark and it turns out the shark is only a mechanical, maybe a Lego, model. We have granted them unprecedented power, we have lavished money and other resources upon them, in order that they might find and neutralize the bad guys. They miss a lot of them — remember 9/11? — but they itch to perform the tricks they’ve been trained to do. I believe it was the Austrian ethologist Konrad Lorenz who first described the ‘vacuum effect’ among animals taken out of their natural habitat. A terrier confined to a city apartment, for example, will be found ‘digging’ in imaginary dirt on the carpet in order to ‘bury’ an imaginary bone. A dirt-less, boneless life is not to be borne, so the bow-wow practices its instinctual behavior in make-believe.

The FBI is similarly domesticated. Its number is increasingly part of the shapeless swamp that controls our lives. Its actions are, seen from afar, often ridiculous. But that does not mean they are not also malevolent. That’s an important point: that the ridiculous often easily cohabits with the vile. Hence the dawn raids, the summary incarcerations, the identification of people they disagree with as ‘domestic extremists’, ‘terrorists’, etc.

It's a shame, really.  Any police force has to have the support of the community to be effective, or it will be hated, surrounded and attacked because it's always less numerous that the ordinary people around it.

The larger question is who or what is behind the destruction of the social fabric?   It's as of some outside agency is destroying the trust that Americans had in the goodness of it's government.  We knew many were ineffective, some corrupt and others in it for themselves, but now it's previous supporters have become its enemies.

Posted by Moneyrunner at 2:16 PM