Professor Willaim Jacobson: Views of race relations fell off a cliff in 2013 correlating to the launch of the Black Lives Matter movement, and went into further freefall more recently with the rise of woke Critical Race politics. 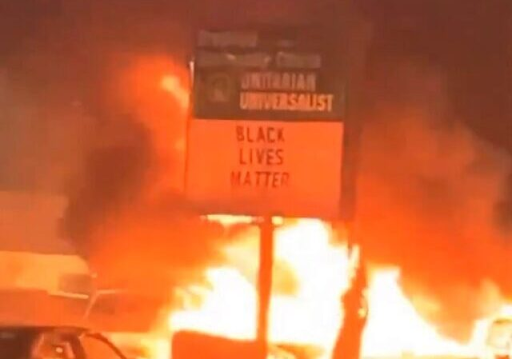 Since the inception of this website, I have warned of the destructive impact on our society of racial politics engaged in by Democrats.

The suppression of legitimate political expression through false accusations of racism by the Obama campaign and its supporters is the defining theme of the 2008 campaign. This tactic, while it may be successful, is shameful and has damaged our society in ways we may not understand for years.

It’s been downhill since then, but the politics fine-tuned by the Obama campaign and supporters really hit its stride with the birth of the Black Lives Matter movement in 2012-2013 based on the false racial narrative of the Trayvon Martin case, and the national growth of the movement after the fabricated narrative of “Hands Up, Don’t Shoot” in the Michael Brown case in 2014.

Here is the headline and talking point for the latest Gallup survey, Ratings of Black-White Relations at New Low:

For the second consecutive year, U.S. adults’ positive ratings of relations between Black and White Americans are at their lowest point in more than two decades of measurement. Currently, 42% of Americans say relations between the two groups are “very” or “somewhat” good, while 57% say they are “somewhat” or “very” bad.

..., the reading has eroded nine percentage points over the past two years as the nation has grappled with the murder of George Floyd and the subsequent nationwide protests and calls for racial justice.

If your objective is to create a race war, there's nothing you would do differently. 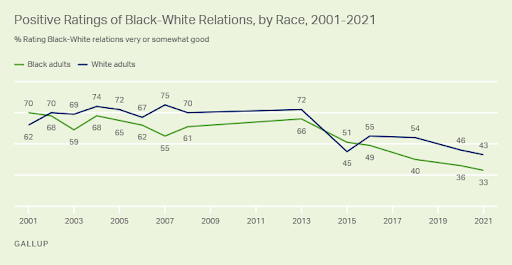 Posted by Moneyrunner at 6:55 AM