Christopher Caldwell explores the manner in which the Left now hates the very idea of America, including the Civil War.

The controversy over Robert E. Lee is not just a matter of “refighting the Civil War.” On the contrary, it denies the relevance of the Civil War as we have up till now understood it....
Appomattox, far from being the moment when Americans began to reunite with malice toward none, with charity for all, becomes the moment when whites—North and South—unite against blacks, an episode in the history of a tyranny, a tyranny we inhabit to this day, which stands in need of a root-and-branch reconstruction. 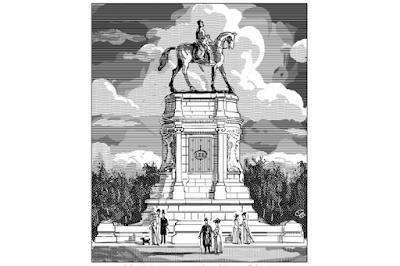 Whereas earlier Americans understood slavery primarily as a problem of liberty, today’s Americans understand it primarily as a problem of race. It seemed for several generations that the end of slavery had removed the only obstacle to honoring both sides of the Civil War. But in the newest generation, the persistence of American racial prejudice can be a reason to honor neither.

Posted by Moneyrunner at 2:41 PM