The Great Awakening was Donald Trump 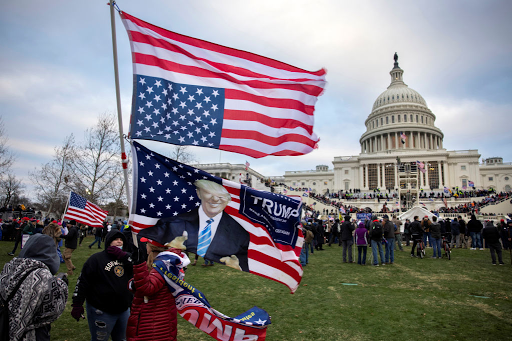 I’m beginning to fully understand the difference between a Conservative and a Republican.

I’m embarrassed to admit that I have been fooled for so long by people who I thought were on my side, only to find out that I’ve been scammed.

I’m not the first person to have been taken by a scam artist.  At least I didn’t fall for the Nigerian Prince game.  But I have subscribed to various “Conservative” publications and given to “Republican” politicians.

To my embarrassment, I voted for both Bushes, McCain and Mitt Romney, convincing myself that I was voting for the “least bad” choice on the ballot.

I even supported the disastrous Iraq war and the even more disastrous “peace” that followed as the hapless Bushies blindly believed that the Arab world could, with the passage of a year transform itself from a collection of primitive tribes to a Western Democracy if they only held an election.  I saw that happening and I could not believe that any professional foreign policy establishment was that capable of such blind folly.

But by supporting the Republican Party reflexively I was really encouraging the kind of scam artist who takes your money and disappears.

The Great Awakening was Donald Trump.

Here was a Republican “playboy” who shocked the bipartisan establishment by getting elected President in his first run for office, arriving in Washington facing opposition from both Democrats and Republicans as well as the animus of the united press, the entire bureaucracy plus the FBI, CIA, the DOJ and the Judiciary.

Team Hillary sold the story that the Russians stole the election for him.

He was accused of being Putin’s puppet as his DOJ appointed a Special Prosecutor to prove he was actually a Russian agent.

His Attorney General – Jeff Session - publicly neutered himself.  His nominee for National Security Advisor – General Michael Flynn - was accused of colluding with the Russians and forced to resign based on bogus charges of misleading Vice President Pence.  The Republican Speaker of the House – Paul Ryan – publicly denounced Trump as immoral and unfit to hold office.

Yet … despite being a virtual Lone Ranger in Washington DC, Trump accomplished more of the so-called “Republican Agenda” than anyone in my memory and that includes Ronald Reagan.

Building a Wall on the southern border – check

Peace between Israel and Arabs – check

That was until the Chinese unleased the Wuhan virus on the world - a virus which we likely had a hand in funding.  Democrats blamed the epidemic on Trump and laid the death of half-million dead Americans at his feet.  Meanwhile, Trump pushed for the development of a vaccine in record time – Warp Speed – confounding every last critic.  And then lost what many observers believe was a stolen election.

Posted by Moneyrunner at 3:10 PM

Labels: Leaving the Republican Party, The Greatness of Donald Trump