Glenn Reynolds tells the truth about how the Overclass thrived at the expense of everyone else. 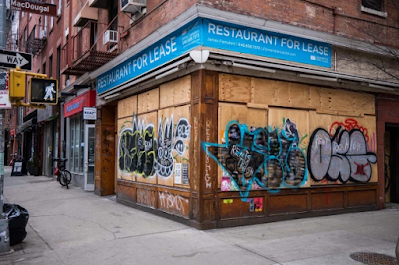 It’s been over a year since “two weeks to slow the spread,” and the pandemic is finally dragging to a finish. Cases are down, herd immunity has more or less arrived, and even in deep-blue Boston, Stop & Shop has announced it will end mask requirements before the month’s out.

The pandemic saw a huge amount of power and money transferred to what Michael Lind calls the “overclass” of politicians, corporate managers and bureaucrats. Small businesses shut down while big-box stores deemed “essential” remained open. The laptop class worked from home — to the delight of many of its members — while the working class brought them stuff. Federal money flowed like water to the connected. The national debt went from scandalous to essentially absurd, an amount of money that no one expects to be repaid.

The Chinese Communist Party used the threat of the pandemic and lockdowns to crush a rebellion in Hong Kong. The American powers-that-be did something similar: People who demonstrated for the wrong causes were called granny-killers and shut down; people who demonstrated for overclass-approved causes (like New York’s “Black Trans Lives Matter” rally, featuring thousands and endorsed by Mayor Bill de Blasio, even as he welded the gates of a Jewish park closed) received letters of support from “public-health” people who assured us that racism is a bigger public-health problem than COVID, even as they used COVID as an excuse to remake American society.

From the beginning, of course, the public-health crowd itself failed to perform. First we were told not to worry about the Chinese virus (media outfits freely used the term until the Chinese government complained, then dutifully decided any mention of China was racist). Then we were told masks don’t help, then that they do and we must wear them — preferably two or three — to survive. They emphasized handwashing and other “hygiene theater,” even though, as The Atlantic later admitted, the theater had little use in preventing the disease and was mostly just a way of making people feel better.

Gov. Andrew Cuomo ordered infectious COVID patients into nursing homes, exposing vulnerable elderly people to the virus and resulting in hundreds of extra deaths. His punishment: an Emmy for his news conferences and $5 million-plus for a book on what a great job he’d done, a book that sold only 50,000 copies. Consequences are for the little people.

Though we were originally told that the virus came from a “wet market” in Wuhan, it now looks likely that it came from a Chinese lab in Wuhan — one that reportedly got funding from Anthony Fauci’s National Institute of Allergy and Infectious Diseases to do “gain of function” research, which looks at ways to make existing viruses deadlier or more infectious. Fauci’s role here has gotten surprisingly little comment.

President Donald Trump launched Operation Warp Speed, a program to develop a vaccine in less than a year. He promised mass vaccinations by April, and media outfits like The New York Times informed us Trump’s claim was made “without evidence” and experts were dubious. Then-candidate Kamala Harris warned people she’d be reluctant to take a vaccine developed under Trump.

Yet vaccines appeared on schedule, and many Americans got them, just in time for the press to praise President Joe Biden’s skill in getting them out.

Lockdowns — where the laptop class stays home while working-class people bring them stuff — were enacted in many states. States that had them did no better, and often worse, than states that did not. This became obvious early but resulted in no change of policy.

According to the American Institute for Economic Research, lockdowns did more harm than good on multiple levels. Businesses died, mental-health problems abounded, people missed important “elective” procedures such as cancer screenings with long-term consequences, and many kids effectively missed out on a year of education.

But no politicians or government employees missed a paycheck. Consequences are for the little people.

So is it fair to call the overclass response to the pandemic a failure? Well, certainly not for the overclass, whose members are richer, more powerful and more secure in their positions than a year ago. For America? Well, that’s another story.

Posted by Moneyrunner at 7:39 AM