The press is the Mouthpiece of the American Stasi 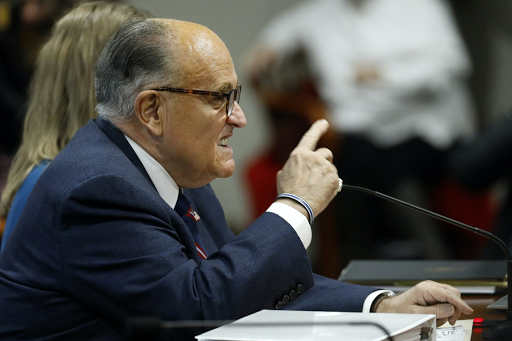 Journalists with major outlets know they spread a false, retracted story about the FBI and Giuliani but refuse to remove it, because their real job is spreading disinformation.

When one large news outlet publishes a false story based on whispers from anonymous security state agents with the CIA or FBI, other news outlets quickly purport that they have “independently confirmed” the false story, in order to bolster its credibility (oh, it must be true since other outlets have also confirmed it).

This is an obvious scam — they have not “independently confirmed” anything but rather merely acted as servants to the same lying security state agents who planted the original false story — but they do it over and over, creating the deceitful perception that a fake story has been "confirmed” by multiple outlets, thus bolstering its credibility in the public mind. It was the favored tactic for spreading debunked Russiagate frauds and is still used.

Posted by Moneyrunner at 7:25 AM