Hillary did it. And the FBI helped. 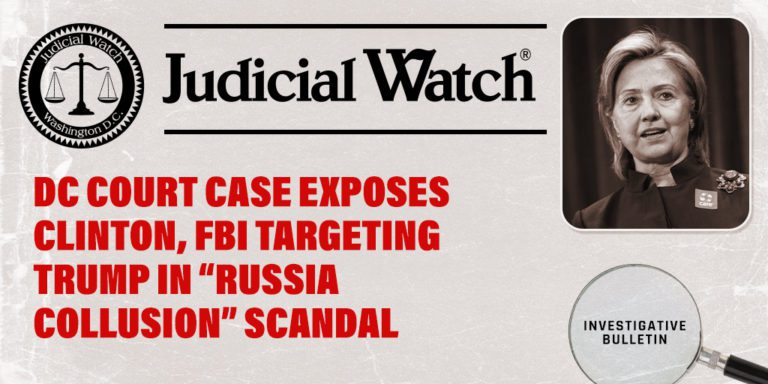 That’s the Occam’s Razor conclusion behind court action in Washington last week that added new details to a growing mountain of evidence about the true forces behind the sensational “Russia collusion” allegations that nearly brought down the Trump presidency.

John Durham, the special counsel appointed to investigate the Russia mess, lost his case in a DC courtroom. The jury acquitted Washington attorney Michael Sussmann, a DC insider with deep connections to the Democratic Party and the intelligence community, on the only charge Durham managed to bring: a single false-statements count alleging that Sussmann lied to the FBI when he brought it allegations of a link between Trump and Moscow’s Putin-connected Alfa Bank.

Why did the DC jury acquit Sussmann? As Judicial Watch President Tom Fitton tweeted last week—politics in the heavily Democratic district aside—the “simplest answer is the evidence— which suggested the Obama FBI leadership knew full well the Clinton gang was behind the Alfa Bank-Russia smears of Trump. Durham tried to pretend Obama FBI was a victim. It was a co-conspirator.”

Posted by Moneyrunner at 6:37 AM