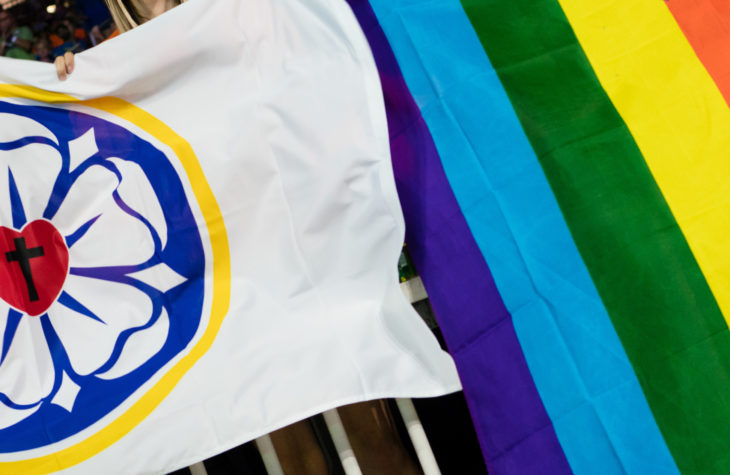 Excerpt: (read the whole thing)  It's both funny and sad.  But here's the bottom line:

The old mainline sustained a shared cultural commitment to a common set of values. Before 1960, interfaith marriages were rare, but inter-political marriages were common. Today, it’s the other way around. The new mainline, terrified of being on the wrong side of the next Civil Rights Movement, panders to activists and ideologues. It’s the new woke establishment at prayer.

This is the problem with the Methodist Church as it struggles with a leadership that's desperate to embrace the trend du jour, Where mere homosexuals are now so old-fashioned that they are attacked by "transgender" and the multiplicity of identities that make it nearly impossible to include them all in the 26 letters of the English alphabet.  We have to ask ourselves what the God who destroyed Sodom and Gomorra would do to churches hosting Drag Queen Sundays that tell the congregation that God is Nothing.

Posted by Moneyrunner at 5:07 PM