'This is my truth: I hate being Joe Biden's bicycle' 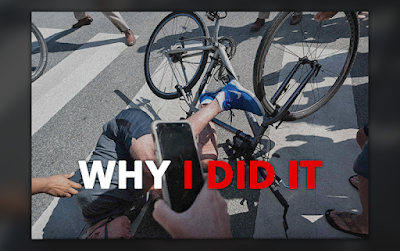 When Joe Biden, 79, humiliated himself by falling off his bicycle in front of a crowd of cheering admirers in Rehoboth Beach, Del., mainstream journalists rushed to defend the honor of our failed president. The Washington Free Beacon, by contrast, is committed to hearing all sides, speaking truth to power, and giving voice to the voiceless. We immediately reached out to the bicycle—first and foremost to see how it was holding up after the crash, but also to provide an outlet for the Trek FX 1 Disc to speak its truth.

As it turned out, FBOTUS was eager to weigh in on the incident and grateful for the opportunity. The Free Beacon exclusively obtained the following statement from a source close to the bicycle. In the interest of journalistic transparency and moral integrity we have decided to publish it here in full without redaction. We remain as determined as ever to provide our readers with an inclusive understanding of the world around them colored by our unique insight and unrivaled empathy. Enjoy!

First of all, I want to thank the Washington Free Beacon for reaching out. It was the only respectable media outlet to express concern and show any interest in telling my side of the story. It is a story the American public deserves to hear.

The incident that took place on June 18, 2022 in Rehoboth Beach was no accident. I accept full responsibility for my role in deliberately causing President Joe Biden to bust his elderly ass on the pavement in front of a gawking mob. My actions, which I do not regret, were motivated by years of festering resentment and an overwhelming sense of moral outrage. I took the geezer down to send a message.

Posted by Moneyrunner at 5:33 PM