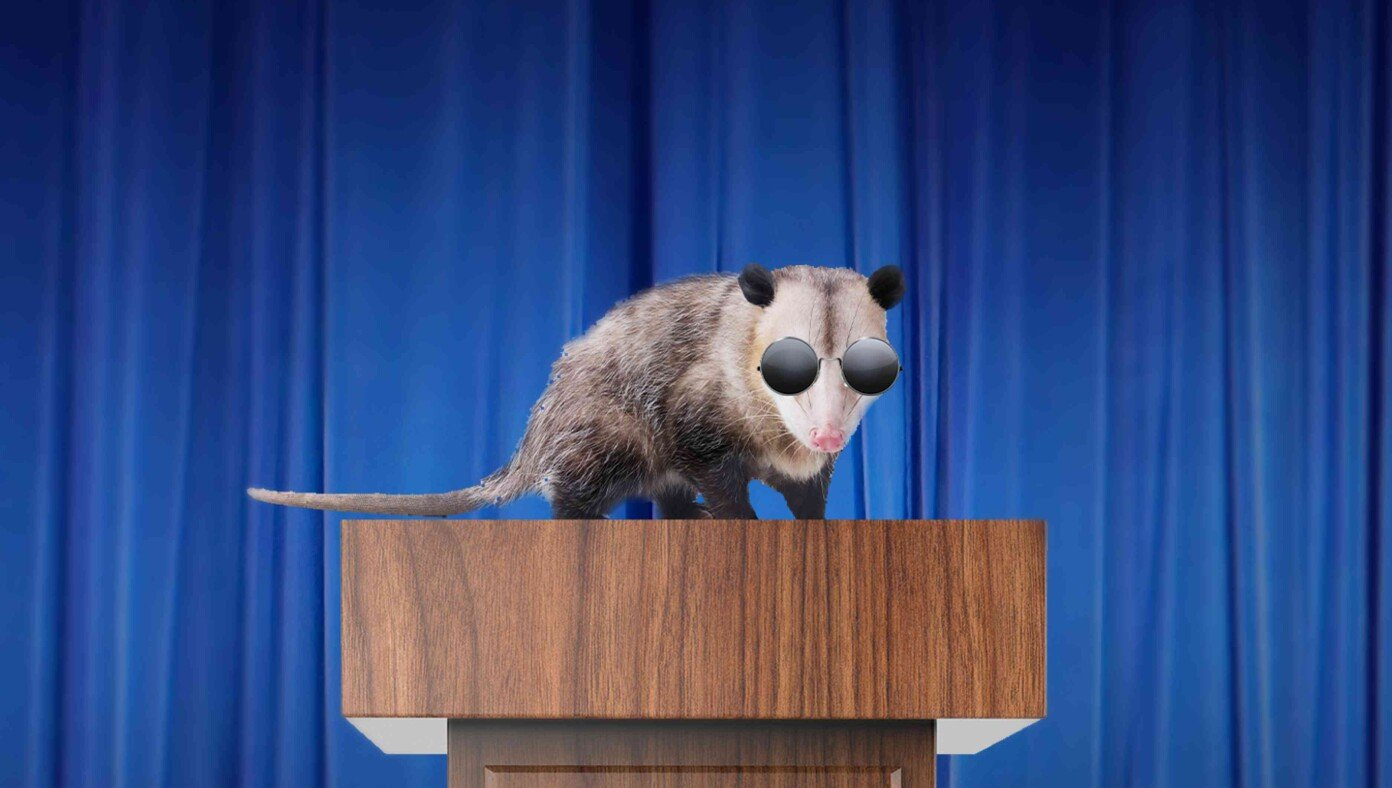 PHILADELPHIA, PA — Democrats were praised by ableism awareness advocates this week for nominating a blind possum with brain damage to the Senate race in Pennsylvania.

Republicans, however, opposed the move, saying hateful, ableist things like, "I have nothing against possums, but I'm not really sure that possum is capable of doing the duties of a senator," and "Hey, that's a blind possum with brain damage!"

"The GOP is at it again," said one Democratic party staffer. "As usual, they're perpetuating ableism by not being able to accept that even a possum who can't see and possibly has some mental problems can be an effective politician and leader."

Earlier in the race, Republicans had actually tried to point out that the candidate was, in fact, a possum with almost no eyesight who had been hit by a garbage truck, but journalists insisted this wasn't true, and that the possum was actually "fully capable" of answering questions and conducting lengthy interviews.

But after a recent debate in which the possum simply played dead and tried to gnaw its own leg off whenever it was asked a question, Democrats have walked back that narrative and are now insisting that anyone who questions the blind, brain-damaged possum's ability to perform the duties of a senator is ableist, "or perhaps even fascist."

Posted by Moneyrunner at 4:35 PM