The COVID coverup begins to unravel 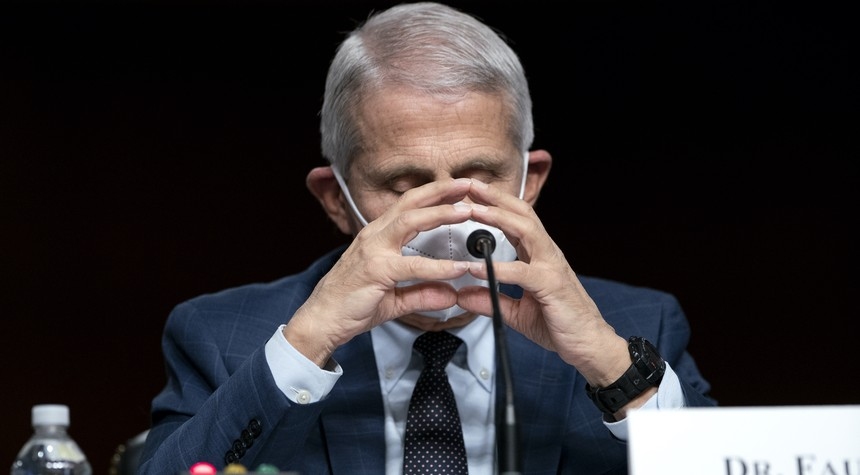 COVID likely started circulating in China is late 2019–now 3 years ago–and its effects have dominated our lives for 2 1/2 years.

Yet for much of that time the Establishment™ has been gaslighting us about its likely origins. You know that. The Establishment™ knows that you know. And now the Senate Republicans on the health committee are laying the facts out on the table. COVID almost certainly was released accidentally from a Chinese research lab.

It was remarkable how quickly the Narrative™ settled on the zoonotic origin of the virus, since warning signs that the virus didn’t originate naturally were everywhere. Even scientists who confidently declared in private their belief that the virus was engineered publicly stated the opposite–after having been directed to by Anthony Fauci, the keeper of the keys to the kingdom’s treasury when it comes to research dollars. Fauci in recent months has been backtracking on whether or not the virus could have been engineered, but he sure expended enormous effort maintaining the fiction that an animal origin was certain.

There is a simple reason for Fauci’s reluctance to consider a lab leak hypothesis–if it came from the Wuhan Institute for Virology, the US government likely funded the research. Obviously nobody wants that on their record, and Fauci has quite the pension to protect, as well as an unearned reputation as The Science™.

I have always suspected, based upon the balance of the evidence I have access to, that the virus was accidentally leaked from a lab. But I freely admit that biological research is not in my wheelhouse.

What is in my wheelhouse is the manipulation of evidence, the shaping of the Narrative™, the corruption at the core of our institutions where money and power are accumulated while citizens and the economy are manipulated for the benefit of the people at the top of the power pyramid. The Establishment™ is a transnational club, and as with all such clubs if you are inside you are covered, if you are outside you are scum.

The conspiracy to cover up the origins of the virus isn’t based upon some deep dark desire to kill off millions of people. Nor, I am certain, was the virus released intentionally to create the conditions where the people at the top could seize emergency powers to take us far down the path of tyranny–that was just a happy accident that the WEF crowd took advantage of. If they wanted to do that, they would have chosen a time when Trump wasn’t president.

No, this one is explained by something as simple as bureaucrats covering their assess after having blundered so badly that millions of people died

The word went out very quickly that the lab leak hypothesis was off the table. It simply had to be, because there indeed was funding flowing from the NIH to Wuhan through the EcoHealthAlliance, and gain of function research was being done there. As everybody now knows, it even goes on here in the US, where BU and Cleveland Clinic researchers just engineered a COVID variant that has an 80% mortality rate in mice from a COVID virus that was as dangerous as a mild cold.

These people play God every day, and when they release the Hounds of Hell on the rest of us they just go “oops” and cover it up.

If you had tried to tweet this kind of information a year ago you would have been expelled by the Left-wing zealots that ran Twitter.  It's possible that if you persisted, the FBI, the Democrat Political Police, would have paid you a visit.

Posted by Moneyrunner at 7:39 AM