Tal Bachman: We Have Met the Enemy 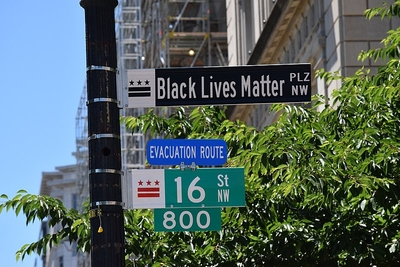 Whether they realize it or not, Wokists themselves combine the lunatic loyalty of the Manson family with the hollow pseudo-joy of Jonestown residents, the racism of National Socialists, the inhumanity of Mao Tse-Tung, the bratty tantrums of Veruca Salt, the nihilism of Bakunin-style anarchists, the totalitarianism of Stalin's Soviet Union, the child torture and sacrifice of the Mayans, the derangement of Heaven's Gate followers, the sadistic violence of the Jacobins, and the ruthless control-freakism of the current Chinese Communist Party.

Now add to that noxious syncretic blend the Wokist use of powerful communication technologies to shape narratives and meta-narratives, destroy opponents, and recruit new converts, and you've got yourself a thing.

Read the whole thing and realize that it's a war.

Oh, realize that we are partly responsible:

We also voted for idiots. We voted for idiot mayors, idiot governors, idiot senators, idiot representatives, idiot party leaders, idiot presidential candidates, idiot everything. We allowed mega-donor fatcat globalists to take over the Republican Party. We sat by as they neutralized the Tea Party, and then resumed pushing for endless corporate tax breaks, endless job exportation, and endless scab labor via illegal immigration.

Posted by Moneyrunner at 6:59 AM