The Mendacity of Joe Biden and the Ruling Elites

Since he became President, many Americans and journalists in the alternative media have been taken aback by Biden’s penchant to outright lie repeatedly in the course of any speech, pronouncement or press briefing.  Throughout his political career, in virtually every speech or answer to a question he has not only trafficked in political obfuscations but repeatedly told overt lies about his life history, legislative matters and his political opponents.  He fits the definition of a compulsive liar:

A compulsive liar is defined as someone who lies out of habit.  Lying is their normal and reflexive way of responding to questions.  Compulsive liars bend the truth about everything, large and small.  For a compulsive liar, telling the truth is very awkward and uncomfortable while lying feels right as they oftentimes have a need to embellish and exaggerate.

There is little doubt that Joe Biden is suffering from mild cognitive decline brought about by the aging process, but that should not be viewed as an excuse for his character traits, in particular self-obsession and compulsive lying.  In reality, these types of character traits are not developed as a person grows older.  Instead, lifelong traits become more pronounced and exaggerated in old age.

Thus, he is not an absent-minded grandfatherly and politically moderate occupant of the White House but the most dishonest, deceitful and mendacious person in a position of power in American history and, along with his influencers in the radicalized Democrat party, an empirical threat to the future of the country.

Determined to rid the nation of Donald Trump, the ruling elites inflicted Joe Biden upon the nation by egregiously and perhaps illegally manipulating election laws and obfuscating and oftentimes burying unflattering and negative stories about him and his family.   Biden was an ideal choice for the elites as he is, in many ways, a reflection of who they are.  However, this choice also revealed their obliviousness in dismissing the depth of Biden’s narcissism and habitual duplicity. 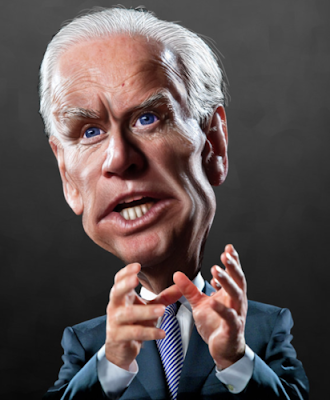 The three-headed monster of radical leftism, a duplicitous Joe Biden and a credulous ruling elite has unleashed upon the nation the onslaught of identity politics and cancel culture, unconstrained illegal immigration, unfettered money creation and spending, manipulated and unfair elections, racial demagoguery and the near-permanent abrogation of freedoms under the guise of fighting a pandemic.

It is imperative that the American people become more involved in the nation’s governance by actively participating in a patriotic resistance against the tyranny of a central government dominated by the left.  In a multi-ethnic nation of 330 million that spans a continent, the primary solution to this descent into potential anarchy lies in forcing an awakening by and a transformation of the elites and related institutions, thus recapturing the culture.  As that is the key to permanently defeating the militant left.

This will require political turmoil.  The people must force and endure dramatic, painful, institutional battles outside of the federal government: in universities, non-profits, media, arts, and the array of institutions that constitute the sinews of a self-ruling people.  Meanwhile, the American people, and in particular the nation’s elites, must reject the false characterization of Joe Biden and recognize the mendacious man he is and the self-obsession that motivates him.   Thus, making it imperative that he and his administration be thwarted at every turn by state governors and legislatures, the Congress and the Courts.

Posted by Moneyrunner at 7:20 AM