Ever wonder why the question about the origins of the Wuhan virus are quietly being ignored when they are not being suppressed?  There is a total lack of interest at the highest levels of government while the Corporate media are totally disinterested in a story that's vitally important if we ever want to avoid this epidemic - or one even worse - ever again.  The lack of interest tells you something. 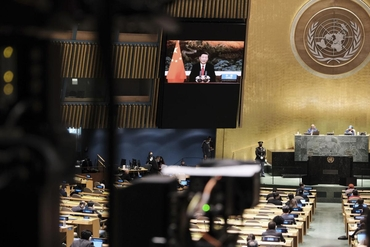 ... the public deference to political leaders who claim to be "following the science" - already fraying badly in France and Australia - would take a huge hit once it became clear that the killer virus is itself the creation of "science" and of a Washington public-health bureaucracy that followed it all the way to an insecure lab in Wuhan.

From my old friends at the Telegraph:

Papers, confirmed as genuine by a former member of the Trump administration, show they were hoping to introduce "human-specific cleavage sites" to bat coronaviruses which would make it easier for the virus to enter human cells.

This is where blind veneration of "science" gets you: gain-of-function research offshored to the virological equivalent of CIA "black sites", and with a body count pushing five million.

Nature has tallied 370 articles retracted since January 2020, all from authors at Chinese hospitals, that either publishers or independent sleuths have alleged to come from paper mills (see 'Fraud allegations'). Most were published in the past three years (see 'Chinese hospital papers on the rise'). Publishers have added expressions of concern to another 45 such articles.

Nature has identified a further 197 retractions of papers from authors at Chinese hospitals since the start of last year.

Read the whole thing including this little gem about "Sister Cities":

America builds expensive weaponry to give to the Taliban; China takes over the world one piffling inconsequential "agreement" at a time.

Posted by Moneyrunner at 6:51 AM