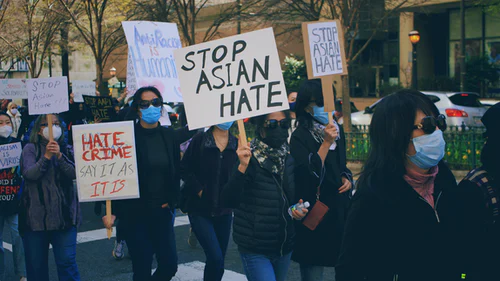 It has been revealed that, at the height of the “Stop Asian Hate” trend in the United States, fake social media accounts created and run by the Chinese government actively took part in the political hoax in order to sow divisions within the American population, the Washington Free Beacon reports.

This infiltration was discovered after a study was carried out by cybersecurity firm Mandiant, which worked in conjunction with a research team from Google. Their newly-released report found that thousands of accounts across the major Big Tech platforms, including Twitter, Facebook, and YouTube, were created for the sole purpose of demanding that more Americans participate in protests against so-called “anti-Asian discrimination.

The accounts particularly targeted Americans living in New York City, and actively sought to dispute any claims that the COVID-19 coronavirus may have originated in a virology lab in Wuhan, China, even though more evidence has emerged in recent months that appears to confirm this theory. The rhetoric spread across social media by these accounts echoes the talking points of the Chinese government, which has not only vigorously denied the “lab leak” theory, but has also repeatedly and falsely claimed that the coronavirus originated in the United States.

This and other trends fell under the larger banner of #StopAsianHate, a far-left social justice effort which claimed, with little to no evidence, that there was a spike in anti-Asian hate crimes in 2020 and 2021, allegedly as retaliation for the Chinese origins of the global pandemic.

Per ACE: "Are we going to appoint special prosecutors to look into the the American Ruling Class taking money from Communist China, or nah?"

Posted by Moneyrunner at 7:01 AM