This Guy Is Senile and Can the Media Stop Pretending He’s Not? 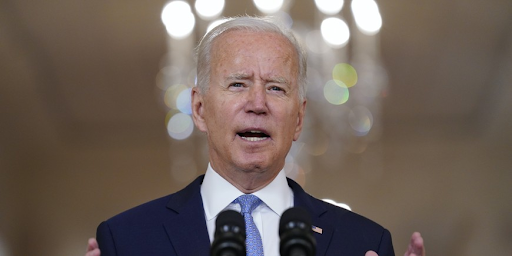 Look, Biden is senile. He was always stupid, and always stubbornly attached to whatever dumb ideas formed in the spongy mass of cells that passes for his brain, but now it’s perfectly clear that this guy is riding the Acela Express to Dementiaville. And the media, sitting front row on what could be the biggest story in political history, just sort of pretends that the guy who is one forgotten Depends short of wetting himself on national television is A-OK.

But the job of the licensed, registered regime media is not to break stories, no matter how big. It’s to run interference for its masters. In the run up to the last election, our courageous reporters studiously ignored the computer files and videos showing *’s son Hoover getting all Pablo Escobar with his hookers, as well as being bought off by Ukrainians, Chi Coms, and anyone else who waved a dollar at him. That was Russian disinformation, we were informed by our glorious media. So, is Putin also behind Biden wandering off to chase squirrels in the Rose Garden?

Just listen to the guy on the rare occasions they pump him up with drugs and let him talk. His Afghanistan victory lap – though it was the eager liberal blue checks that did the lapping – was a bizarre Escher monologue: “Our intel people did a great job but no one saw this coming and it was the greatest evacuation ever and also it was all Trump’s fault.”

Our media is garbage. This staggering shell of an always mediocre man is manifestly unfit, physically and mentally (not to mention in terms of basic competence) to be president. And the brave firefighting truth-tellers of the media say nothing, which says all we need to know about them.

Posted by Moneyrunner at 2:02 PM