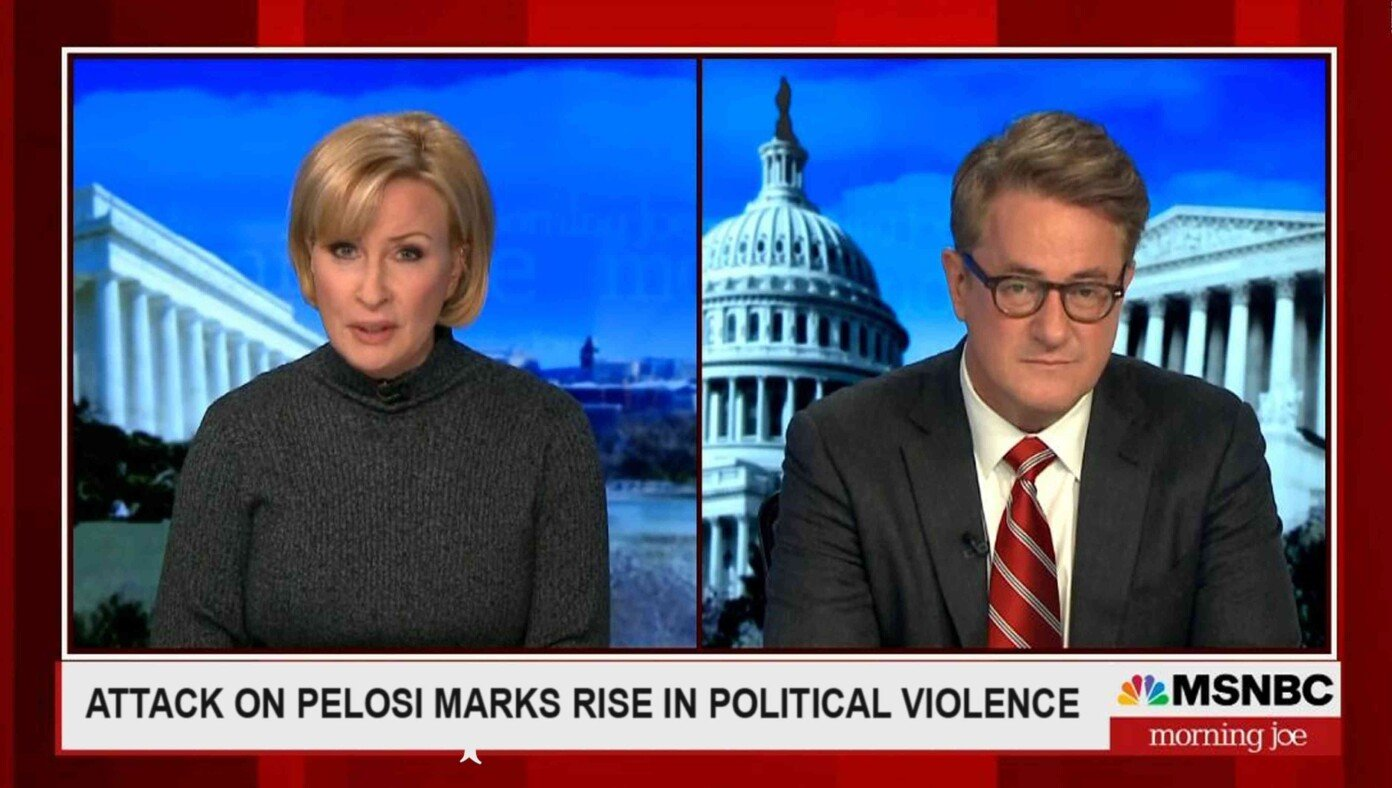 "To anyone who doesn't speak out against this politically-motivated attack on House Speaker Nancy Pelosi's husband, I will say only this: your silence is deafening." Joe Scarborough of MSNBC addressed his viewer this morning in his first recent coverage of political violence amid several months of firebombed pregnancy centers and churches, an assassination attempt on a sitting Supreme Court Justice, and the running down of 18-year-old Cayler Ellingson in a truck for being a Republican.

Scarborough's call for all public figures to directly condemn political violence has been echoed across other popular left-leaning outlets, most of whom have not covered the widespread terroristic intimidation against conservatives from the last several months.

Posted by Moneyrunner at 7:00 AM