The Rambo Granny of Melbourne , Australia 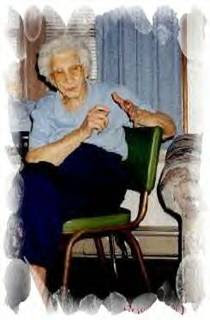 Got this one in my e-mail:

Gun-toting granny Ava Estelle, 81, was so ticked-off when two thugs raped her 18-year-old granddaughter that she tracked the unsuspecting ex-cons down - - and shot off their testicles.

The old lady spent a week hunting those men down -- and when she found them, she took revenge on them in her own special way, said Melbourne police investigator Evan Delp. Then she took a taxi to the nearest police station, laid the gun on the sergeant's desk and told him as calm as could be:

'Those bastards will never rape anybody again, by God.'

Cops say convicted rapist and robber Davis Furth, 33, lost both his penis and his testicles when outraged Ava opened fire with a 9-mm pistol in the hotel room where he and former prison cell mate Stanley Thomas, 29, were holed up.

The wrinkled avenger also blew Thomas' testicles to kingdom come, but doctors managed to save his mangled penis, police said. The one guy, Thomas, didn't lose his manhood, but the doctor I talked to said he won't be using it the way he used to, Detective Delp told reporters. Both men are still in pretty bad shape, but I think they're just happy to be alive after what they've been through.

The Rambo Granny swung into action August 21 after her granddaughter Debbie was carjacked and raped in broad daylight by two knife-wielding creeps in a section of town bordering on skid row. "When I saw the look on my Debbie's face that night in the hospital, I decided I was going to go out and get those bastards myself 'cause I figured the Law would go easy on them," recalled the retired library worker. "And I wasn't scared of them, either-- because I've got me a gun and I've been shooting' all my life. And I wasn't dumb enough to turn it in when the law changed about owning one"

So, using a police artist's sketch of the suspects and Debbie's description of the sickos', tough-as-nails Ava spent seven days prowling the wino-infested neighborhood where the crime took place till she spotted the ill fated rapists entering their flophouse hotel.

I knew it was them the minute I saw 'em, but I shot a picture of 'em anyway and took it back to Debbie and she said sure as hell, it was them, the oldster recalled.
So I went back to that hotel and found their room and knocked on the door and the minute the big one, , opened the door, I shot 'em right square between the legs, right where it would really hurt 'em most, you know.

Then I went in and shot the other one as he backed up pleading to me to spare him. Then I went down to the police station and turned myself in.

Now, baffled lawmen are trying to figure out exactly how to deal with the vigilante granny. What she did was wrong, and she broke the law, but it is difficult to throw an 81-year-old woman in prison, Det. Delp said, especially when 3 million people in the city want to nominate her for Mayor.

DEPORT HER TO AMERICA--- WE NEED HER!!
Posted by Moneyrunner at 5:23 PM