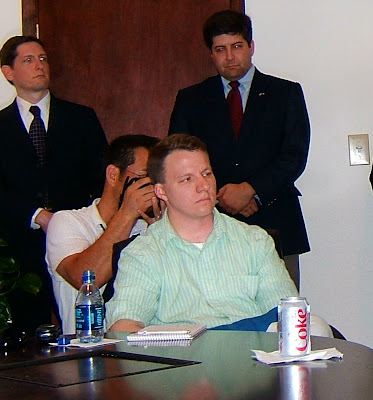 Jim Hoeft of Bearing Drift was kind enough to invite me to to a meeting just for bloggers with former Speaker of the House - Newt Gingrich - that was arranged prior to Newt’s speech to the Republicans on Wednesday, July 11th at the Hilton Airport Inn.
I had been thinking of going, but this was a golden opportunity. My attendance would be comped and I would get a unique opportunity to meet and talk with Newt prior to the dinner.

The substance of the meeting with the bloggers and Newt’s dinner speech was well reported, especially by Scott White of Scott's Morning Brew – a great guy with an impressive array of technology. For an outstanding report of the meeting, click on Scott's link. 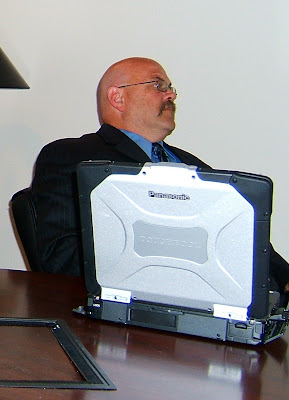 We seldom get an opportunity to observe the “reporting process“up close and personal. There was a reporter in attendance: Richard Quinn working for the Virginian Pilot. The Pilot, like the rest of the old media is losing readers and trying to cope with the emergence of alternative sources of news and information. Let's face it, if you are a news oriented blogger, the stuff that appears in the "dead tree" media is old and dated. Quinn is part of the Pilot's effort to enter the "blogosphere." I was interested in the reporting process. Prior to Newt’s appearance the bloggers and Quinn discussed the role of what some are calling the “new media” in the political process. 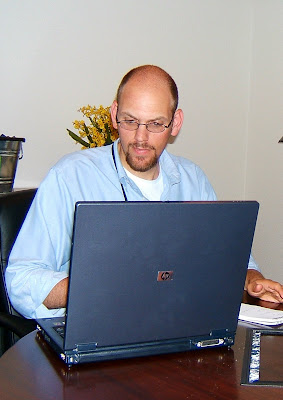 In times past, public figures who wanted to reach out to the public were filtered by members of the media: the reporters and editors who picked and chose the message that was delivered to their readers. If they decided not to report on an event, for those who were not there, it did not happen - the proverbial tree falling in the forest with no one to hear. If the media did not like the politico, he would be portrayed negatively; conversely, the candidate who they like would be portrayed positively.

But back to our meeting with Newt.

First let me state that Newt is largely responsible – along with Ronald Reagan – for the Conservative revolution that re-shaped American politics in the 1980s. To use an analogy from the French Revolution, we are now in the counter-revolutionary stage. We have restored the Bourbons in the form of Harry Reid and Nancy Pelosi. And just like the Bourbons, they have forgotten nothing and have learned nothing.

Jim Hoeft threw a bouquet to Quinn with this:

Richard Quinn of the Virginian-Pilot is an outstanding reporter. So is Sonja
Barisic of the AP. These journalists — trained media professionals — have nothing to fear from joe-average bloggers. We need them. They paint a scene, describe a character, analyze an event so much better than us hobbyists. What we bring to the table is not the same. Bloggers do not go to events to
report, but to share observations and experiences.

Sorry, Jim, I can’t agree. Mike Cherney of the Virginian Pilot and Barisic (of the AP) wrote pieces that were workmanlike. Quinn – not so much. Perhaps because it was on his blog site, Quinn felt he could drop his cloak of objectivity. And frankly, I’m glad he did because it’s useful to see the man behind the curtain.

We bloggers wear our opinions openly. MSM reporters do also, but pretend they don’t. They have become skilled at appearing to present all sides but they put a thumb on the scales. It may be unfair, but let’s take just one sentence from "trained media professional" Quinn’s post on our meeting:

Oh yeah, the millionaire who was once the nation’s Republican overlord plopped down in a faux-leather chair in a Norfolk hotel to talk to J.R. Hoeft.

Interesting that the first adjective describing Newt should be his net worth. If “millionaire” was a unique descriptor, this may have value. But one could set off a bomb in congress and the chances of killing someone worth less than a million are close to zero. But of course we are to take away from this description that Newt is somehow wealthy and therefore one of the “evil rich.”
(Which reminds me that Linda Bird Johnson died this week. "Landslide" Johnson left teaching to spend the rest of his life as a public official yet died a mega-millionaire. How'd he do that? But that's another story.)
"Millionaire" says the man who works for a billionaire.

Then "Overlord," which sounds so much more colorful than "former Speaker of the House." At the risk of getting snarky, I’m going to have to get my organization chart of the Republican party and find out who currently holds the title of “Overlord.” The use of terms like “millionaire” and “overlord” in an article like this are more understandable when you realize that Quinn is a 1999 graduate of Rowan University in Glassboro, N.J. with a bachelor’s degree in professional writing.

"Plopped down in a faux leather chair." Actually Dick ... can I call you Dick? ... he did not “plop down.” He entered the room, shook everyone’s hand and asked politely where he should sit. Jim Hoeft directed him to the chair that had been chosen for him ... because of the lighting in the room. You remember that, don’t you Dick? All the trouble to get enough light in the room to make a video of the meeting? With that Best Buy camera?

And Dick, he didn’t come to the room to “talk to J.R. Hoeft” – the “Who?” in your little rant – he came to talk to all of us bloggers. The rest of us were not potted plants.

Jim, you may want to take Dick’s insults ("He took no offense that the only video camera in the room could be bought with no-money down at Best Buy." and "The Speaker could say all that because no one here would push too hard.”). I, on the other hand, like to ask the tough questions ... of the members of the MSM.

But I am glad that we can see what the man behind the curtain looks like. You can decide if you like what you see.

And Jim, thanks for the invitation and the opportunity to get together and meet the Speaker. I would like to do it again some time.
Posted by Moneyrunner at 7:16 AM