PJ Tatler discusses the OWS "poor." Except they're not poor. 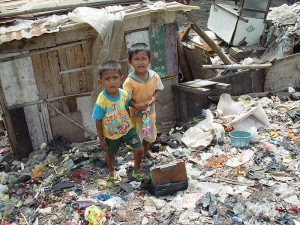 Neither are these  fit, bejeweled and spiritual at OWS 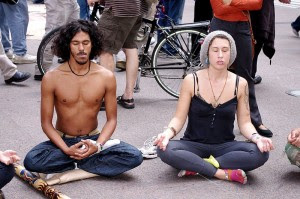 But in a peculiar way, those non-starving, non-homeless, non-refugee young people playing at being poor in cities across America have a point. They represent some very specific — and sad — types of poverty.
To begin with, there’s the sense of poverty created by utterly ludicrous expectations. We promised these kids that they were all “good enough, smart enough and, gosh darn it!, that everyone would like them.” We promised them that they were all number one, and that they would never need to make any actual effort to achieve that blue ribbon status. We taught them, through MTV and computer games, that a 3 minute attention span is sufficiently long to be awesomely cool and win the game. And, God help us, we taught them that a Womyn’s Studies, or Africana Studies, or GLBT Studies, or Oppressed People’s degree from some big name university would assure them the kind of job that would enable them to pay off $25,000 or $100,000 or even $250,000 in student loans. We, the older generation, created this wealth of stupidity.

They have been sold a bill of goods by a Liberal society, a Liberal educational system, a Liberal media and now they are coming face to face with reality and they have no way of coping. Instead they spout slogans that they have heard repeated in one college class after another by professors who took their money and cheated them of an education they thought they were getting.

But they are dangerous because they can be made violent by the same groups that deprived them of education and morality.
Posted by Moneyrunner at 9:46 PM