Killing the Czar: "The House Of Special Purpose" 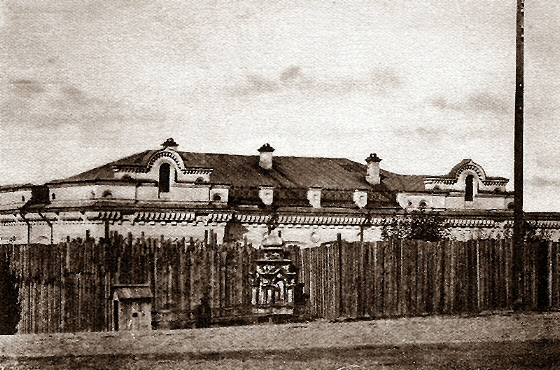 Around midnight Yakov Yurovsky, the superintendent of The House of Special Purpose, ordered the Romanovs’ physician, Dr. Eugene Botkin, to awaken the sleeping family and ask them to put on their clothes. The Romanovs were then ordered into a 6×5 meter semi-basement room. Nicholas asked if he could bring two chairs for himself and his wife. A firing squad appeared next and Yurovsky announced:

“ Nikolai Aleksandrovich, your relatives have tried to save you, but they had not to. And we are forced to shoot you by ourselves… ”

Yurovsky then began to read the decision of the Ural Executive Committee (Uralispolkom), and Nicholas said “What?” As the weapons were raised, the Empress and the Grand Duchess Olga, according to a guard’s reminiscence, had tried to cross themselves, but failed amid the shooting. Yurovsky reportedly raised his gun at Nicholas and fired; Nicholas fell dead instantly. The other executioners then began shooting until all the intended victims had fallen. Several more shots were fired at the victims and the doors opened to scatter the smoke. Some survived the gunshots, so executioner P.Z. Yermakov stabbed them with bayonets because the shouts could be heard outside. The last ones to die were Anastasia, Tatiana, Olga, and Maria, who were wearing several pounds (over 1.3 kilograms) of diamonds within their clothing, thus rendering them bullet-proof to an extent. However they were speared with bayonets as well. Olga sustained a gun shot wound to the head while Anastasia and Maria were said to have crouched up against a wall covering their heads in terror until Maria was shot down, and Anastasia had been finished off with the bayonets. Yurovsky himself killed Tatiana and Alexei. Tatiana died from a single bullet through the back of her head. Alexei received two bullets to the head, right behind the ear. Anna Demidova, Alexandra’s maid, survived the initial onslaught but was quickly murdered against the back wall of the basement, stabbed to death while trying to defend herself with a small pillow she had carried into the sub-basement that was filled with precious gems and jewels. Military commissar Peter Ermakov, in a drunken haze, stabbed at the dead bodies of the former Czar and Czarina, shattering both their rib cages in a pool of blood. 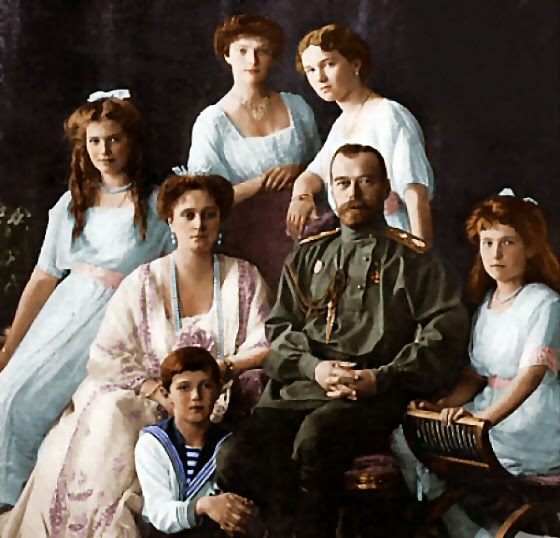 This brutal murder of a whole family was certainly not the first, nor would it be the last, such action perpetrated by Leftists in their various ‘glorious’ marches to bring about Heaven on Earth [hundreds of millions of souls cry-out to us], but in it, in this one action, is to be found the ultimate representation of where Leftism will always lead: to the slaughter of innocent human beings in the name of ideas — ideology. Logic dictates that there can be no other end.

As long as Leftism is allowed to thrive, to just exist, then the Olga’s, Maria’s, Tatiana’s, Anastasia’s, and Alexis’s of this world are not safe from the barrels of Bolshevik guns. If the Leftists were to control the world, they would turn the whole of it into a House Of Special Purpose.

Posted by Moneyrunner at 8:00 AM