‘Don’t be that girl’ posters in Edmonton spark debate

The Mens Rights Edmonton association is taking responsibility for the campaign. One of its members, who did not want to identify himself, says this poster campaign was intended to counter the “Don’t be that guy” campaign that he says made “rape into a gendered issue.”

“We don’t blame victims for anything, we’re simply looking for an accurate discourse on the subject.”


Go to the link for a video of a news report. Note the phrase "... some are calling ... disturbing." 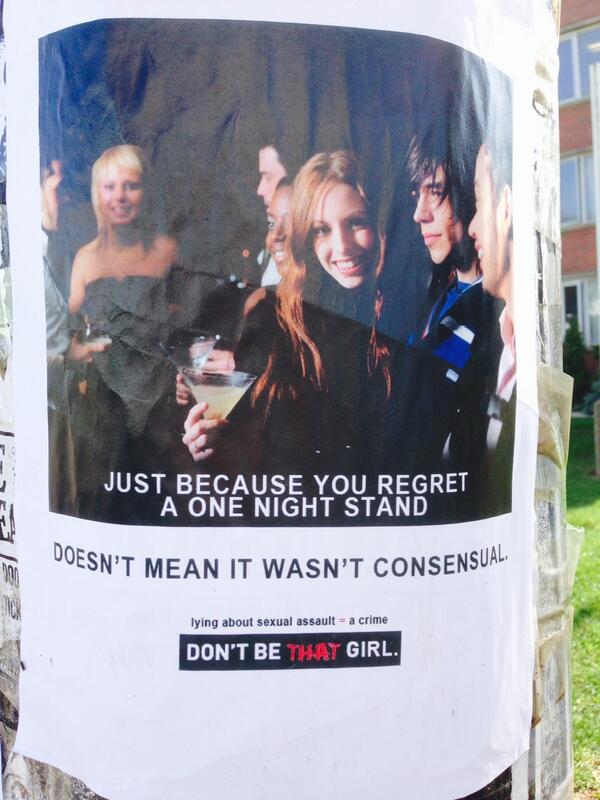 That "Men's rights" name is like a red flag to a bull. Men don't have rights. They are just guilty.
Posted by Moneyrunner at 7:03 AM