Why is it so difficult for people to understand this? About 30 people get shot to death every day in America — more than 200 a week, nearly 1,000 a month — and most of those shootings are just local news. If you exclude mass-murder sprees, shooting deaths very seldom become national news, and very rarely does this kind of one-on-one shooting become the sort of story that gets nationwide coverage for more than a day or two. So . . . why?

You care about this case because TV producers decided you should care about the case, and I seem to be the only person who wonders why America has decided to outsource to TV producers the decision about which homicides are truly important. Are TV producers really wiser, more virtuous, more intelligent than everybody else in America?


This is infuriating. The other day a pervert just released by a judge. Pervert goes to the mall, follows a 10-year-old girl and her mother to their car, violently rapes the girl and stabs the mother to death. TV producers don't care.

Two men rape 16-year-old prostitute and throw her off a three story building. TV producers ignore the story.  Here's one of the perps. 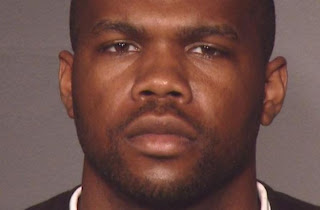 If Obama had a son, would he throw a teenage prostitute off a roof?

Some victims of crime are more equal than others. Some crimes are ignored by the national media and some crimes are not. These decisions are made by TV producers, and by political activists whose agendas have very little to do with justice (or with peace).

Ho-hum, say the media. Just another 16-year-old Internet call girl thrown off the top of a three-story building in Brooklyn.

Ho-hum, say the media. Just another pervert raping a 10-year-girl and stabbing her mother to death at a mall near Syracuse.

Let’s just ignore those stories, say Piers Morgan and Martin Bashir and Anderson Cooper and George Stephanopoulos, because stories like that aren’t really important in the way that a 17-year-old getting shot by a half-Peruvian in Florida is important.

No matter what story you might consider to be genuinely newsworthy, TV producers decide Trayvon Martin is more important.

We don’t have a race problem in America.

We have a liberal problem in America.

The blame-shifting, guilt-tripping, grievance-mongering Victimhood Sweepstakes mentality, which paralyzes individual initiative and invites us to rationalize our problems as resulting from indomitable historic trends over which we have no control — that’s the problem.

Posted by Moneyrunner at 4:47 PM