It seems that England's sex trade is in recession and price cuts aren't working. 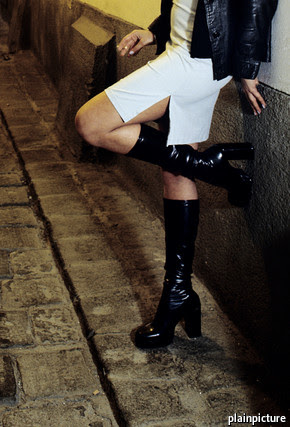 I have to admit that this is not the sort of story I expected to see in The Economist.

TIMES are tough for Debbie, a prostitute in western England who runs a private flat with other “mature ladies”. She does two or three jobs a day. A year ago she was doing eight or nine. She has cut her prices: “If I hadn’t, I wouldn’t still be open.” She says that she can now make more money doing up furniture and attending car-boot sales than she can turning tricks.


What is a prostitute to do when sex doesn't sell?
Posted by Moneyrunner at 7:49 AM