No, you can’t see the numbers; the King is a Fink 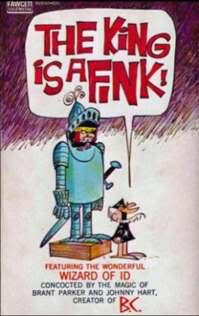 So, the White House is not going to give us taxpayers a timely update on the nation’s money and employment situation.
They’re just gonna “hold that information back” until Congress goes into recess.
They’re just gonna keep everyone in the dark until they muscle through his unpopular Healthcare legislation – that 1,000-page, unread, undebated document – that will push our deficit into unbearable territory, give the government unprecedented control over our lives and will quickly render healthcare in America unrecognizable, for must of us, although the politicians will do alright.
Obamacare will also federally fund abortions in direct contrast to what the president seemed to tell the pope, mere weeks ago.
I am waiting to hear the outrage in the press, over the heavy-handed, brazen and rather arrogant moves of a president who sounded downright thuggish last week when he went before the microphone and said this monstrosity was going to pass, and it was going to pass quickly and “I mean it.”

President Obama’s daily finger-wags and bully-pulpits are not in the mode ala President Bush, who said, “I have all this political capital, and I’m going to spend it,” which the press found unpardonably arrogant. It’s not even Obama saying, “I won,” which made the media giggle. This withholding of public information/ramming through of legislation is a whole ‘nother kind of arrogance.

Posted by Moneyrunner at 8:40 PM