As Pandemic Exploded, Wuhan's Bat Lady Asked Scientists to Change the Name Of The Virus Because It May Offend China 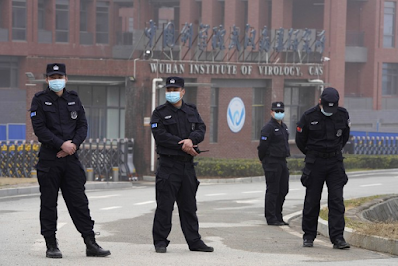 We heard that the 2019-nCoV was renamed as SARS-CoV-2. We had a fierce discussion among Chinese virologists. We have some comments on this name, I’m wondering if the CoV study group would consider a revision.

I attached the comments from me na dmy Chinese colleague.

“By 11 February 2020, the new coronavirus had caused more than 40,000 confirmed infections and more than 1,000 deaths, mostly in mainland China, in spite of efforts by the Chinese Government and its people to contain the spread of the virus in past weeks. It goes without saying that the effects of the epidemic on all aspects of Chinese life are devastating and, possibly, irreversible. Consequently, appropriately naming the virus and disease becomes a matter of importance to the Chinese people…”

“All proposed names are either too generic, or too similar to previous well-known viruses, or contain an Arabic number. This makes it hard to remember or recognize, leading to a tendency among the general population and scientists alike to use a shorthand term such as ‘Wuhan coronavirus’ or ‘Wuhan pneumonia.’ This has, in fact, been the case since it was named 2019-nCoV. This practice would, however, stigmatize and insult the people in Wuhan, who are still suffering from the outbreak.”

And the Bought-and-paid-for American press dutifully complied.  They viciously attacked President Trump for calling it the China Virus, a term they had been freely using up until the time that their Chinese masters told them to stop.

In defense of the Bat Lady, she's living in a Communist dictatorship and does what she's told.  What's the excuse of the American press?:

Posted by Moneyrunner at 8:28 AM