The FBI's role in the Jan. 6 Capitol fracas is absolutely disgusting 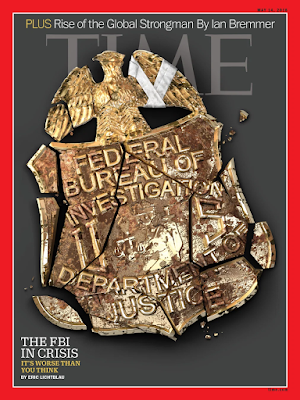 Do you remember how conservatives went out of their way to separate rank-and-file FBI agents from the corrupt actions of Jim Comey, Andrew McCabe, Bill Priestap, James Baker, James Rybicki, Peter Strzok, Lisa Page, and others as more evidence came to light revealing that the top brass at the bureau had worked to create an "insurance policy" that could be used to overthrow President Trump from office?  Writers and television pundits would always couch any criticism of the bureau in some respectful language like "we're only talking about high-ranking officials here, not the FBI, itself, which is filled with the best agents in the world who are always looking out for America."

I think we can dispense with the overly protective pleasantries at this point.  The FBI is a goon squad of un-American thugs who have taken the worst elements of East Germany's Stasi police state and Cosa Nostra's organized crime and turned them into a blueprint for exercising and keeping illegitimate power over their enemies.  They aren't a law enforcement organization, and they certainly don't give a rat's rear end about justice.  They're regime enforcers with badges.

Posted by Moneyrunner at 7:47 AM

It was widely reported that Trump's frustration with Wray was primarily that Trump considered the problems at the FBI as institutional, while Wray was convinced they were confined to a few senior bad apples. Looks like Trump was right, again.