Hatred from the Left 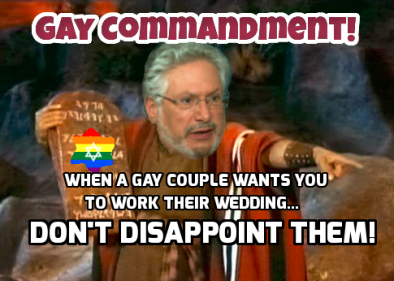 Posted by Moneyrunner at 5:13 PM

As the world convulses with the Middle East in meltdown, Boka Harem slaughtering Christians in Africa, 96,000,000 fewer people working in the US, national debt at 18 trillion and counting, the president running roughshod over the constitution with no one with the guts to call him out, that same president making deals with the devil in the form of Iran, the IRS our of control and the justice department used to punish those who disagree with the president; America, according to media focus, is obsessed with one thing: gender identity.

Call me crazy, but I always thought that you knew your gender by your plumbing. When you were born the doctor announced if you were a boy or a girl by looking at your body parts, and that settled the matter. But today, with the triumph of psychology, your gender is your choice and if you cling to that old fashioned idea of being happy with how God made you, you're a hater. No matter that centuries of human history are on your side, if ;you don't agree with the new think, you are a narrow minded bigot and you need to be destroyed.