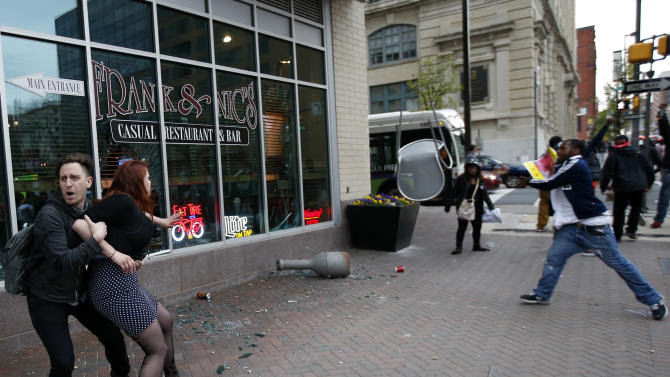 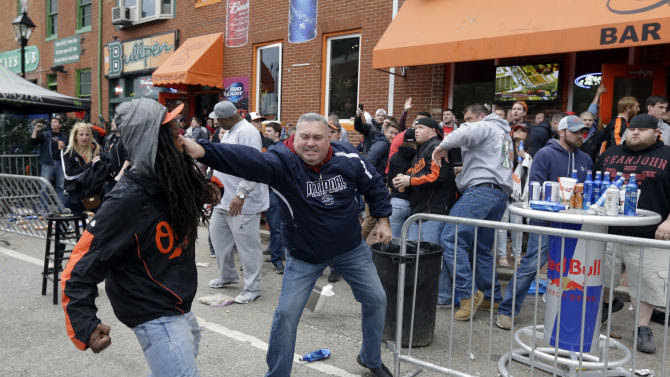 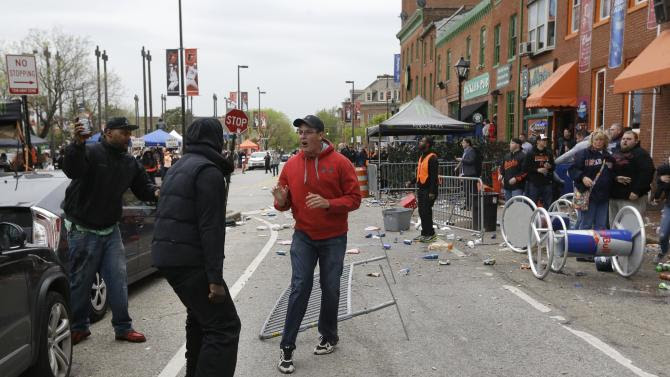 
Baltimore (AFP) — Protesters smashed police cars and shop windows in downtown Baltimore on Saturday when the biggest demonstration over the death of a young African-American man in police custody turned violent.

More than 1,000 people joined an orderly 90-minute rally at Baltimore city hall demanding justice for Freddie Gray, who died last Sunday from spinal injuries, a week after his arrest in the city’s impoverished west side.

But the mood shifted dramatically when several scores of protesters moved on to the Camden Yards baseball stadium, an hour before the scheduled start of a Baltimore Orioles-Boston Red Sox game.

“Protesters are now breaking windows and throwing items at us,” the Baltimore police department confirmed on its Twitter feed. “We are asking everyone to remain peaceful.”

Others were seen smashing shop windows and blocked intersections, with one motorist getting a rock through her car window, CBS affiliate WBAL reported.

Five police cars were seen by an AFP photographer getting their windows smashed, before riot police moved in.

Inside the baseball stadium

11:19 PM: Boyle reports People were allowed to leave the Orioles’ Stadium at the end of the extra-innings game, right after Baltimore hit a walk-off home run. Seconds earlier, an announcement came over the loudspeaker at the stadium telling fans they were no longer going to be kept in the stadium.

9:58 PM: Investigative reporter Matthew Boyle reports that both he and a family member both tried to escape the scene of destruction and chaos, but were prevented by a forcible lockout. No one is allowed to leave Oriole Park at Camden Yards. There are at least 15,000 people trapped in the stadium — and it’s the bottom of the tenth inning.


This is what race relations look like in Obama's America. 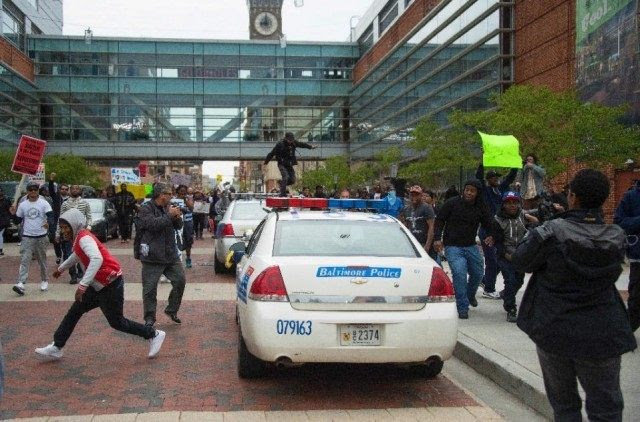 Posted by Moneyrunner at 7:38 AM