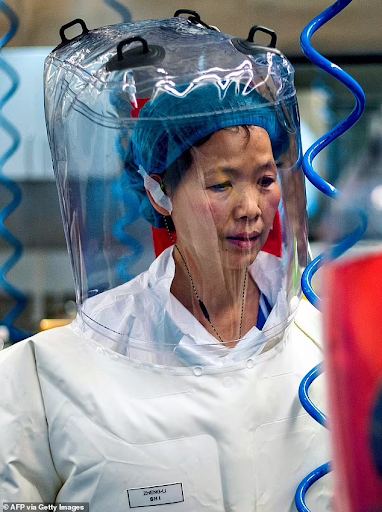 This looks very bad at many levels: China for creating the virus, Canada and the U.S. for aiding and abetting the cover-up, and especially Fauci who sent money to the Wuhan lab to create this monster.
Athletes from Germany, Italy, and France were also infected and came down with symptoms of Covid indicating that these military games were a super-spreader event that infected the whole world.

The whistleblowing military officer said the 168-strong Canadian delegation arrived in Wuhan on October 15 to find the city empty. 'There were skyscrapers as far as you could see but all the schools were shut, the cranes were not moving, there were hardly any cars and almost no one around,' he said.

'When team members asked about the deserted streets, they were told it was for their benefit. But I've been to previous Military Games and never seen this – and we were only 9,000 athletes in this big city.'

He said that after eight days, Canadian athletes began feeling sick with flu-like symptoms such as fever, nausea and exhaustion. 'I started to get symptoms just before the end of the Games. There were so many cases that a large portion of the plane back had to be quarantined for the sick.'

He felt so terrible that, driving home from the airport, he had to stop for three days to crash out at a hotel – and was wiped out for six weeks. Almost two years later, he says he is still suffering from what he thinks is long Covid.

As soon as news of the pandemic began to emerge in early 2020, many athletes started discussing among themselves if they had been early victims of the new virus.

Yet no serology (serum) tests for antibodies were carried out, despite fears being raised with military doctors.

On January 22, Major-General Andrew Downes, Surgeon-General of Canada's armed forces, sent a memo telling competitors their risk of having caught Covid in Wuhan was 'negligible' since they had left the city 'well before the virus had begun circulating'.

The Canadian armed forces said there was no awareness of the virus at the time of the Games and 'there have not been any Covid-19 cases identified among this group'.

However, testing for the disease was unavailable in Canada until January 2020, so participants were not checked on their return.

The whistleblower said Major-General Downes's memo was followed by an email from the public affairs department ordering them not to talk publicly about their concerns. He admits to discomfort in disobeying such orders, but believes he has a public duty to speak out now.

Jamie Metzl, a World Health Organisation adviser, said that although it could not be confirmed if the Games were an early super-spreader event, it was critical such leads were followed up.

'Until we know how this terrible crisis began, it would be unwise and self-defeating not to turn over every stone,' he said. 'It would shock most people to learn there has been no comprehensive international investigation into the origins of the pandemic. This is unacceptable and leaves the entire world and future generations at risk.'

Posted by Moneyrunner at 7:52 AM