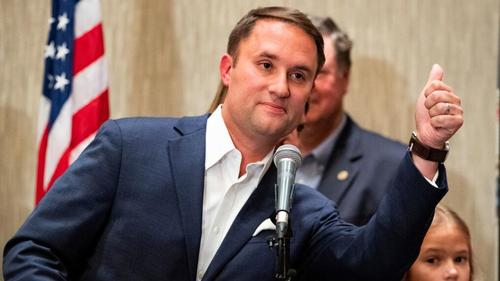 Within hours of taking office, Virginia's newly sworn-in Attorney General Jason Miyares (R) cleaned house - firing dozens of lawyers, including those in the Civil Rights division - and announcing investigations into the Virginia Parole Board and Loudon County Public Schools.

According to the Richmond Times-Dispatch, Miyares notified around 30 staff members they're being let go - including 17 attorneys and 13 staff members. The attorneys include the solicitor general, Herring's deputies, and reportedly Helen Hardiman - an assistant AG who worked on housing discrimination.

It appears that the new Republicans running Virginia have learned a lesson from the failures of the Trump administration.  The biggest mistake that Trump made was failing to fire the bureaucrats who spent the entire four years of his term obstructing, undermining, and sabotaging his administration.

Posted by Moneyrunner at 7:36 AM

Great place to start, that justice is long overdue.