From now on all women's sports records will be set by males. 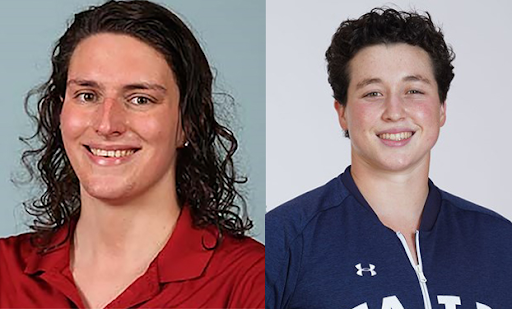 Penn transgender swimmer Lia Thomas, who had been crushing her competition since joining the women’s swim team after three years swimming as a biological male, met her match Saturday in the 100-meter freestyle during a tri-meet with Yale and Dartmouth.

Thomas won the 200-meter and 500-meter races at Penn’s final home meet of the season, but she finished sixth in the 100-meter where Yale’s Iszac Henig, a transgender swimmer who is in the process of transitioning from female to male, crushed Thomas. Henig finished the 100 in 49.57 while Thomas touched the wall in 52.84.

Posted by Moneyrunner at 8:02 AM