'Mass Formation Psychosis' — It's Real, and It Was Purposely Caused by Biden and the Democrat Party 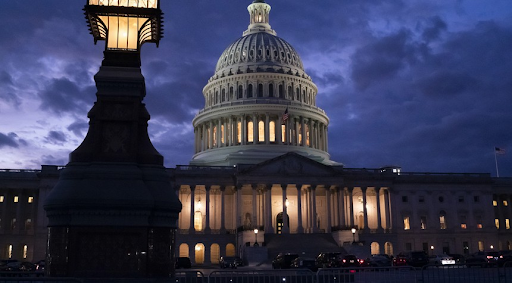 Mass Formation Psychosis, or “mass hypnosis” or “the madness of crowds,” as noted by TrialSiteNews, occurs when a large fraction of the population is completely unable to process new scientific data and facts, demonstrating that they have been misled or lied to.

In the case of COVID-19, the no-longer-pandemic, Anthony Fauci, Joe Biden, and the Democrat Party, and the Democrat state media — principally CNN and MSNBC — have consistently misled, changed their stories, or outright lied to America about the effectiveness and adverse impacts of mandatory mask use, lockdowns, and genetic vaccines that cause people’s bodies to make large amounts of biologically-active coronavirus spike protein.

Tens of millions of Americans, hypnotized by the left, have been and remain incapable of recognizing the lies and manipulation.

Dr. Robert Malone, a noted virologist and immunologist whose recent work has focused on mRNA technology, pharmaceuticals, and drug repurposing research, compared mass formation psychosis in pre-World War II Germany to what we are today experiencing in America in response to COVID.

It didn't begin with Covid.  The Left created an entire mass of people who earnestly believed that Vladimir Putin conspired with Donald Trump to steal the Presidency in 2016.  From then they continue to believe anything their leaders say.

Like Germany in the 1930s, this could well end in mass slaughter.

Posted by Moneyrunner at 7:12 AM