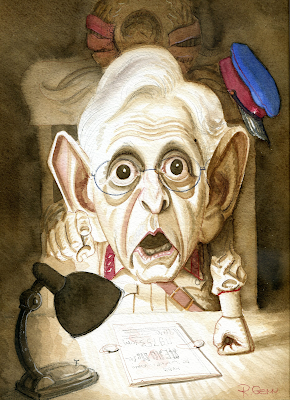 The Democrats, a criminal organization masquerading as a political party, love to boast about their "firsts," and they are indeed impressive. Aaron Burr, effectively the party's first vice president, rose to political prominence via his control of Tammany Hall, the gold standard of American political corruption. He shot and killed Alexander Hamilton, one of the Founding Fathers, and was later involved in a trial for treason, but of course skated, as Democrats are wont to do under our system of "justice."

A mere half a century later, Democrats had become the full-throated party of slavery. After their loss in the presidential election of 1860 to the new Republican Party under Abraham Lincoln, they reacted with typical class by declaring Lincoln an illegitimate president, seceding from the Union, and firing the first shots of the American Civil War at Fort Sumter in 1861. In the 1864 election campaign, in which the Confederate states did not take part, the remaining "peace" or "Copperhead"  Democrats ran one of Lincoln's own, failed generals (George McClellan) against him. And when that failed, they assassinated Lincoln a week after Lee surrendered to Grant at Appomattox.

That's quite a record, and yet today's Democrats seem hell-bound to top it. Under the demented, corrupt hulk of non compos mentis called Joe Biden, they've destroyed the booming Trump economy, humiliated their own country with the summary abandonment of the Afghanistan war, turned loose the nation's criminals on a legally defenseless population, let loose the dogs of debt, inflation and commodity scarcity, blown up the supply chain, solidified the power of the Praetorian Deep State, weaponized the intelligence community and the FBI in the service of the Party, terrified the gullible via their reprehensible Covid scare tactics, crippled the domestic energy industry, injected the poison of Critical Theory into the national bloodstream, and castrated much of the Bill of Rights, including the first, second, fourth, fifth, ninth, and tenth amendments. As soon as they can figure out a way to quarter soldiers in your homes and apartments, you can bet they will.

Posted by Moneyrunner at 3:53 PM