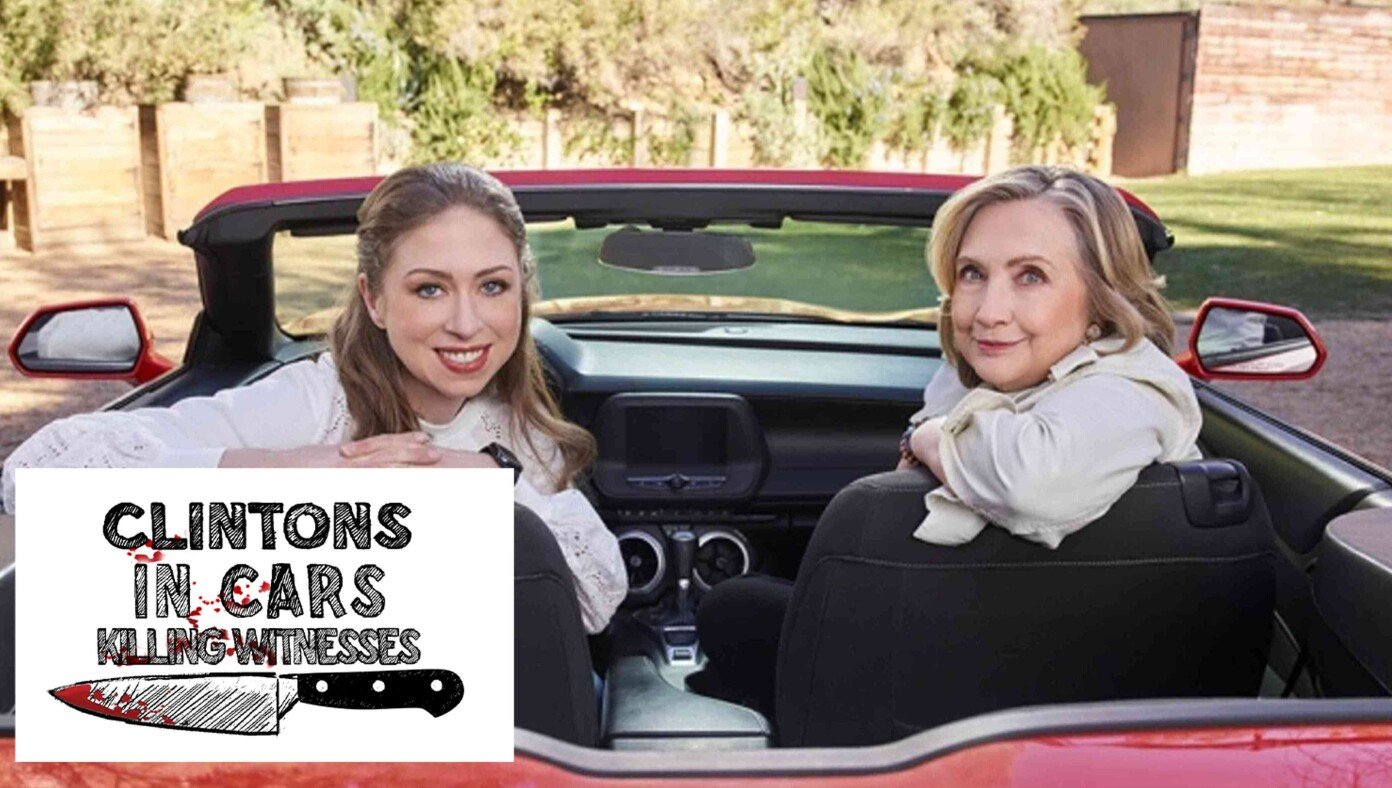 Each show will follow the Clinton ladies as they track down and kill someone who could possibly turn on them. "Watching them assassinate people is like watching Michelangelo paint the Sistine Chapel," said cameraman Jan Blagojevich. "Absolute masters. Every week, you get to see a new way that the Clintons plant evidence to frame the death as a suicide, or perhaps a lover's quarrel. It's simply breathtaking."

Producers hatched the idea after seeing the ratings Clinton scored with her hanging of Jeffrey Epstein. "If you look at the demographic breakdown, Epstein's murder was nothing less than a crossover smash," said Apple showrunner Cory Gates. "This show has true crime, politics, everything. The best part is at the end of each episode when you get to see how the news reported on the apparent 'suicide'. Oh hang on, I'm getting a call! Looks like the Clintons are on the move again."

Posted by Moneyrunner at 3:46 PM