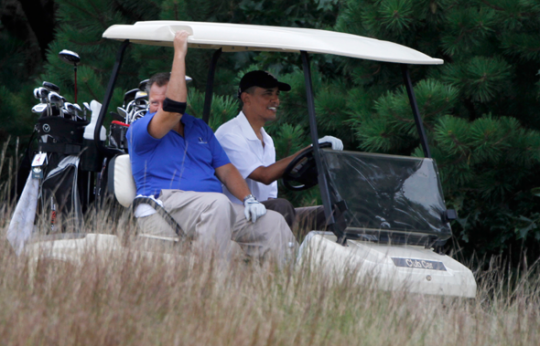 One of President Obama’s largest financial backers is a key executive at the largest Swiss bank in the world, complicating his criticism of presumptive Republican nominee Mitt Romney. Robert Wolf is president of Swiss financial giant UBS Investment Bank and chairman of UBS Americas. He has been one of Obama’s most prolific fundraisers dating back to 2006, when the former Senator from Illinois initiated his run for the White House.

Swiss bank UBS was bailed out in 2008 by both the Swiss government by the the US taxpayer after leveraging itself over 50 to one in bonds. If borrow $100 for every $2 you own, you can be wiped out if your investments go down by 2%. UBS, like GE, is trying to return to profitability on the back of US taxpayers by paying off Obama with campaign contributions.

It works in Europe, we'll see if it works here.
Posted by Moneyrunner at 9:00 PM