What small and contemptible minds

Gerard Van der Leun captures the essence of the publisher and editors of the NY Times.

From time to time his statement comes back to me when I'm faced with the inexplicable actions, the weak thinking, the unfathomable ignorance, and the cultural cringing of my fellow countrymen in our present era. Yesterday [ July 8, 2007 ] it was the bizarre editorial from the New York Times calling for immediate retreat and surrender in Iraq. Entitled somewhat poetically "The Road Home" the editorial is a monument to "the refusal to imagine" mindset that has overtaken so many Americans after years of the unremitting media water torture on the issue of Iraq. It's key passage reads:


"It is time for the United States to leave Iraq, without any more delay than the Pentagon needs to organize an orderly exit.... Iraq, and the region around it, could be even bloodier and more chaotic after Americans leave. There could be reprisals against those who worked with American forces, further ethnic cleansing, even genocide."

When I first read this blithe gush issuing -- without heart or care or conscience -- from whatever mind originated it, and passed by whatever chortling editorial process approved it, I felt the twinge of nausea that I often feel when reading the carefully crafted and anonymous twitterings of that paper's editorial pronouncements. But, like most of those moments, I stopped ingesting it and, in time, my nausea passed.


Later that day I was speaking with a friend and the subject of the editorial came up. My friend was mystified by it, hard pressed to understand how a paper like the Times, a paper filled with intelligent people whose families had had no little experience with genocide, could so blithely advocate a policy which would, if carried out, condemn hundreds of thousands if not millions of Iraqis to death in a thousand brutal ways that we all would "refuse" to imagine. What could possibly be the motivation, the obsession, the vile-on-the-face-of-it commitment to such a policy? Didn't they understand what it would mean?


My answer at the time was that while the editorial board, the publisher, and the Finzi-Contini owners of the New York Times knew full well what it would mean, they didn't care. The settling of political scores and the advancement of their internal political agenda was what mattered. It was indeed the only thing that mattered and their agenda was simple -- they sought "The Restoration" of The Floating World.


The inevitable genocide of the Iraqis would take place off their stage and would not trouble their sleep on beds made plush by three inches of Memory Foam. Of course, their media companies and their minions would report the killings in due course and in the appropriate tone -- taking care not of offend whatever entities were their reporters' hosts for the viewing of the slaughter -- but the slaughter itself would not matter. Their bubble would not be pierced. Their catered dinner parties would go on undisturbed. Their parades would roll through the Village without rain. Their dogs would be walked for them and their dogs' droppings scooped and disposed of for them. Their hands would not touch the droppings.


It would all be as if George Bush and September 11, and Afghanistan, and Iraq had never happened. There would even be Bill Again -- playing that cool saxophone, smoking those big cigars, and laughing into the long and languid summer nights in the Rose Garden. All would be as it once was. This they could imagine.


Whatever might or might not be happening in Iraq then would be reported as the reports of summer storms in the Midwest tracked as green and red blurs by radar are seen on the Weather Channel -- distant thunder never coming closer. They would "refuse" to imagine it had anything to do with them, that it was anything that could happen to them. After all, the new New York Times Building was several miles from Ground Zero. That was Downtown, they were Midtown.


No. They were safe at last. They were fully assimilated into the safest country on Earth; the Finzi-Continis of our time. They were, once again, fully-vested members of the power elite of the United States of America. They weren't running some dying newspaper on the West Side of Manhattan. They were back. Whatever happened elsewhere was the fault of the previous lost years. History could never happen to them. History, once again, was at an end. History was, once again and this time for good, something that they actually "could not imagine." 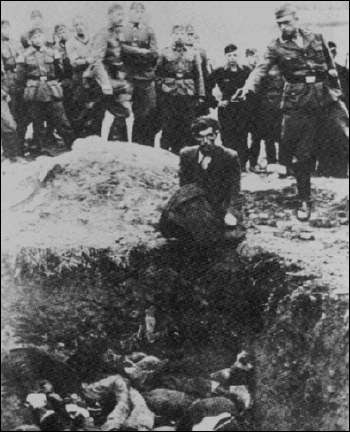 They don't care because it isn't happening to them and think it can't happen to them.  They are wrong.

Posted by Moneyrunner at 9:57 PM